On location in Liberia with local Fixer Arwen Kidd

With years of experience in scouting rural locations throughout West Africa, Arwen Kidd has established herself as one of the most reliable Location Fixers in the region. TLG sat down with Arwen to better understand the precautions that productions must take when visiting an area not often seen by the film industry. 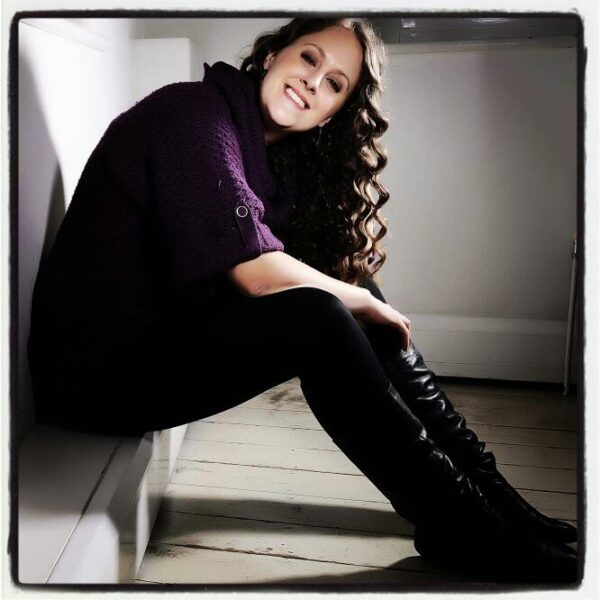 What has been your career path to get you to your current role?

In 2007 I graduated from the University of King's College in Halifax, Canada with a Bachelor's (combined honours) degree in Journalism and International Development Studies, and have been working internationally ever since. The majority of my work consists of short-term projects or consultancies, and I'm lucky when I find projects that allow me to utilise my skills in a number of different areas - doing location production as well as sound, for example, or combining stills work with video production. I also serve frequently as a trainer and mentor, facilitating workshops or passing on my skills to local production teams while working with them out in the field.

I've also taken time out from my career to continuously improve my skills and help build up my credentials - studying documentary film at Prague Film School, taking part in workshops and professional development courses and in 2014 I completed a Masters in Global Media & Transnational Communications.

Often my work as a Location Fixer involves a number of tasks, or is even combined with other roles. When I'm contacted by organisations or producers to act as a Location Fixer for upcoming projects in Liberia, they are sometimes surprised to learn about my other capabilities - including videography, sound, and editing. Other times, these skills are why they've contacted me in the first place, but then they realise that I can add value to their project by also helping to identify and secure locations, advise on visas and/or permits, organise logistics, or even translate/transcribe interviews (note: although English is widely spoken across Liberia, 'Liberian English' can be surprisingly tricky for new arrivals to understand!). My role is always a bit of a mixed bag!

I started working on productions in West Africa in 2007, when I completed projects in Sierra Leone and The Gambia, before moving to Liberia the following year. My favourite part of working on film production - in any capacity - is the 'project-based' style of the work, as I'm constantly meeting new people and learning about new things through the process of working on different projects.

What can you tell me about Liberia as a filming destination?

One of the key points to filming in Liberia is enlisting the help of crew or consultants with local knowledge, to help with organising transportation, providing advice on issues of security, obtaining any necessary permissions, and generally navigating the local complexities of the country. 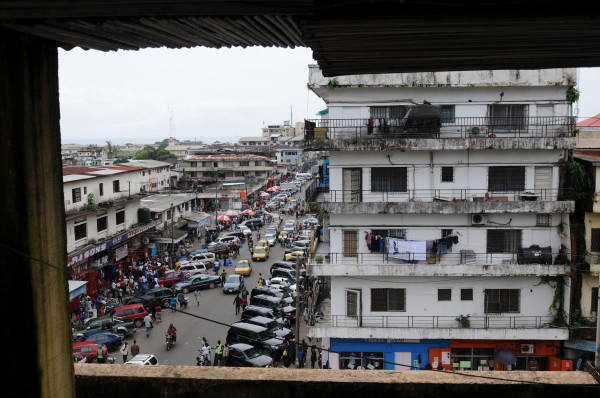 Although Liberia has changed quite a lot since I first arrived in 2008, it is important to understand that it's still very much a developing country - one with infrastructure, health and education systems that were all heavily damaged during its long civil wars. And while the country has now enjoyed more than a decade of peace, recovery takes time.

At the moment, the local film industry is tiny, and it is almost impossible to buy or rent professional, international-standard film equipment anywhere in the country. So unless you're going for an extremely low budget or Nigerian 'Nollywood' style of film, I would highly recommend for productions to bring in all their own equipment and to organise any crews, talent, and/or identify local production assistance well in advance.

What locations are most commonly used by film and TV crews when they come to Liberia?

As the majority of film and TV production in Liberia is still documentarian in nature, the locations used by crews varies greatly depending on the story at hand. Even so, there are a number of favourite locations where most crews generally aim to shoot - such as capturing sunrise or sunset from the old Ducor hotel, or getting a shot of downtown Monrovia from the top of Snapper Hill.

What are the more unusual locations that Liberia has to offer and what locations worldwide can Liberia easily double for?

Liberia is full of beautiful landscapes including long, deserted sandy beaches, dense rain forests full of exotic wildlife and thick mangroves that make you think of Louisiana. Like much of the region, the country has a tropical climate - hot and humid, with a long rainy season. It has beautiful red soil and is connected by a small network of dusty/muddy roads (depending on the season). It could double for anywhere with a similar description!

What are the advantages of filming in Liberia?

Liberia is quite 'off the beaten track' (particularly for production crews), so anyone coming to film is almost guaranteed a unique experience. 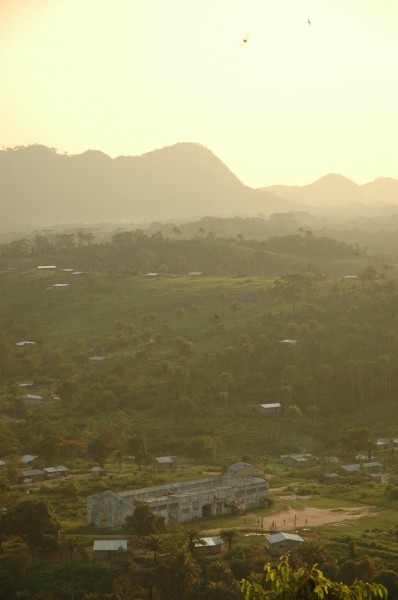 What productions have used Liberian locations in the past 10 years?

The majority of productions coming out of Liberia tend to be documentaries. Recent titles that were widely screened or distributed include Pray the Devil Back To Hell (2008, directed by Gini Reticker and produced by Abigail Disney), Frontline and ProPublica's more recent Firestone and the Warlord (2014), and Sliding Liberia (2007, (directed by Britton Caillouette and Nicholai Lidow), which features local and international surfers discovering the waves of the nation.

What has been your most difficult location assignment/request to date and why?

Filming in Liberia is still a pretty uncommon or novel sight (particularly outside the capital city), so pulling out a large camera can attract some relatively large crowds. Depending on how you handle the situation, these crowds can greatly impact the shoot - so you have to be particularly careful to explain to communities what is happening before you start, to give them the opportunity to see what is happening (while also trying to limit crowd noise), pick your locations carefully and generally just make sure that everyone stays calm, as well as out of the shot.

I once had a shoot where my tripod was pushed over by an onlooker. My camera was completely destroyed. Because it is impossible to replace or repair such equipment in the country, I had to figure out a way to get a replacement camera from the US - which relied on the kindness of a friend who happened to be flying back to Monrovia, bringing it with her as carry-on. Luckily I was able to make do with my other NTSC camera in the meantime which also had to be driven across the country to our rural shooting location, and the replacement PAL camera arrived the following week. The entire situation was quite trying.

Are there any particular tips that you would like to share with our readers about filming in the region?

Liberia has a long, intense rainy season - so intense in fact, that Monrovia holds the title of being the wettest capital city in the world. This season generally lasts from May into October every year and can pose extreme challenges for shooting. So unless you're looking for footage of heavily flooded streets, you might want to avoid these months when scheduling projects. 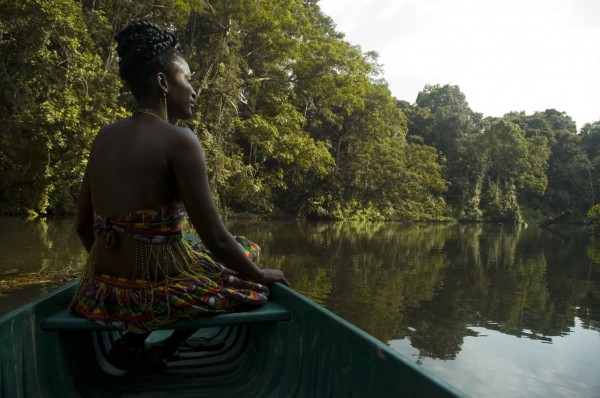 The most popular hotels for international film crews visiting Liberia include the Mamba Point Hotel (in the Mamba Point neighbourhood of Monrovia), the Royal Grand Hotel (in the Sinkor neighbourhood of Monrovia), and the RLJ Kendeja (located outside of Monrovia, closer to the international airport). Rooms at these hotels start at around USD200-225 per night. They are the most popular because they have a reasonable level of security, 24-hour electricity (not always a given in Liberia, particularly outside the capital city), fast internet, nice restaurants and accept credit cards. For filming outside Monrovia, international crews generally choose to stay in one of the larger towns where hotels with western-style amenities and limited electricity can be found, allowing them to travel to any rural locations during the day.

Liberia has beautiful beaches, including a few good surf spots to explore. For any avid fishermen/women, the dry season is a great time to test your luck out on the ocean as you can chase all types of fish including marlin, sailfish, yellow fin tuna and dorado amongst others. In Monrovia there is also a small arts and crafts village you can visit for souvenirs or talented masseuses at both the Royal and Kendeja hotels. You can also try my personal favourite post shoot activity - eating sushi at the Mamba Point Hotel. I especially recommend the spicy tuna salad. Monrovia has produced some of the best sushi I've tried anywhere in the world!