Written by Tom Deehan on Sep 6, 2016. Posted in On Location / Production News

The third series of the BBC’s highly successful period drama, Poldark has now commenced filming with scenes being shot in Cornwall, Bristol and at The Bottle Yard Studios. All of these locations have been visited by the production in the past and will be familiar to fans of the show. 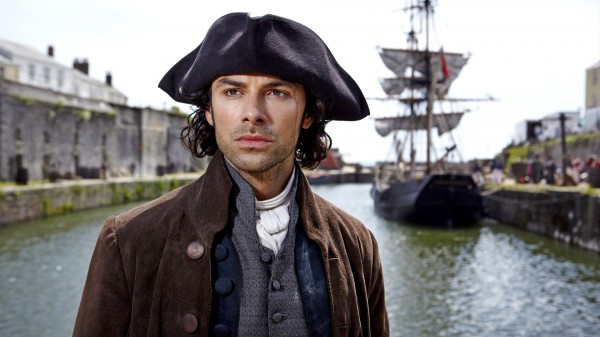 Aidan Turner will be reprising his role as the titular character, alongside Eleanor Tomlinson and Heida Reed, with a number of new additions joining the cast.

Karen Thrussell, Executive Producer at Mammoth Screen explains: “it's with real excitement that we introduce three very talented young actors to the world of Poldark - Harry Richardson and Tom York playing Demelza's brothers Drake and Sam, and Ellise Chappell as Morwenna, Elizabeth's cousin. All are major players in the next volume of Winston Graham and Debbie Horsfield's saga!”

Although set in Cornwall, production on Poldark has ventured to different locations throughout Britain, including Bath and Gloucestershire. Cornwall itself features most prominently on the show however, which has a great impact on tourism to the area.

Writer and executive producer Debbie Horsfield says: “we’re thrilled to be kicking off series three with a fantastic array of new characters and a story which scales new heights of conflict, feuding, passion and drama. Ross is older but not necessary wiser, and his recklessness sometimes costs him, and his loved ones, dear. We’re in for a rollercoaster ride where the stakes have never been higher.”

The Bottle Yard Studios is currently servicing the independent film, We Can Be Heroes. The Bristol-based company has worked on a variety of BBC shows to date including Sherlock and Wolf Hall.

By filming in the UK, Poldark benefits from a 25% rebate on locally incurred expenditures. Television programmes that spend a minimum of GBP1 million per episode and pass a cultural test can be eligible for the scheme.

Poldark series two premiered on Sunday to an audience of 5.1 million people, losing out to ITV’s Victoria with a viewership of 5.3 million. Series three will air sometime in 2017.