Written by Tom Deehan on Sep 26, 2016. Posted in General Interest

The Marrakech Film Commission is now open for business

In an effort to capitalise on its now booming film industry, the Marrakech region has opened its own dedicated film commission. Designed to oversee productions that film on location in the Moroccan city, the commission will be headed by a vote committee of 13 members, chosen from various sectors of the production industry. 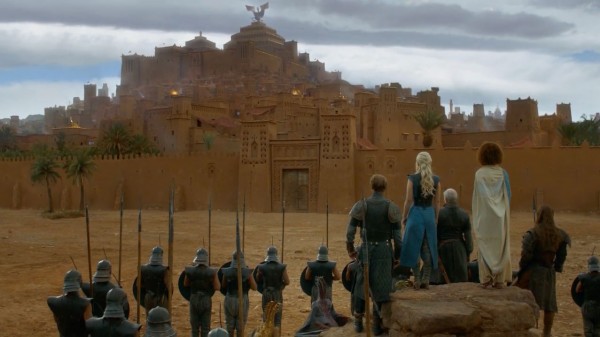 Marrakech Film Commissioner, Fouad Challa explains: “the world’s film industry seems to increasingly fall in love with Morocco’s unique locations and select this North African country as the setting for its foreign pictures. In 2014, 40 international productions, with the equivalent of USD120 million in profits, were shot in the Moroccan territory.”

He continues: “we hope that Marrakech Film Commission will be the bridge between the world and our beloved red city. It’s natural for us, as Actors, Writers and professional cinema crew to promote the tremendous talent and unique locations that make of Marrakech the one of the most popular parts of the world for authenticity and desert filming locations.”

Morocco has hosted a slew of major international productions in the last few years but arguably none as influential as HBO’s Game of Thrones. The high-budget fantasy series has a reputation for driving film tourism and has since directed mainstream attention to Morocco after filming in Essaouira, Quarzazate and Aït Benhaddou.

The country also has the potential to double for regions throughout the Middle East, exemplified by its use as Saudi Arabia in Tom Tykwer’s A Hologram for the King.

A 20% cash rebate incentive was introduced earlier this year, making it even more affordable for international productions to shoot on location. The required minimum spend to access the incentive is set at MAD10 million with at least 18 days of production related work.