The latest commercial for COM HEM, the Swedish internet service provider was filmed on location around the island of Gozo, Malta. The Mediterranean country was chosen after a number of international spots were scouted, with The Producer’s Creative Partnership (PCP) providing production services. 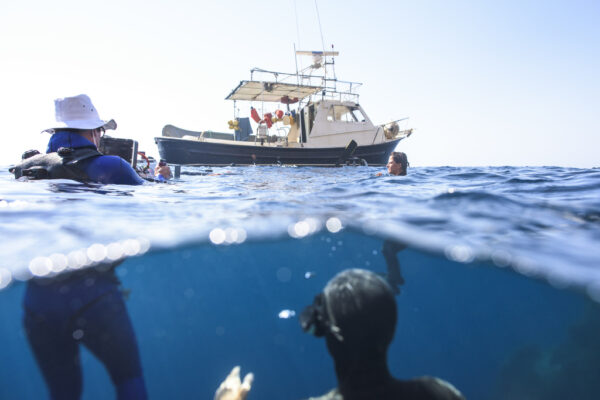 Entitled The Big Blue, the spot depicts a free diver who explores the ocean depths around Gozo. The island is a popular destination for divers and an even better filming location thanks to minute size of 67 square kilometres, providing various areas of wind cover only minutes away from each other by boat.

Speaking of the challenges involved with the shoot, PCP’s Producer Malcolm Scerri-Ferrante explains: “shooting at sea can easily be underestimated. In our case we had to consider that despite August being a very low-wind month statistically, one of our days was forecast to have winds over force 6. Our challenge was therefore to find a spot that would be well sheltered and identify other spots in case the wind direction changes, whilst ensuring we get the best underwater clarity and the right angles of the sun. We researched by speaking to seasoned mariners on the island and this helped a lot.”

He continues: “our drone shot was originally tried with the Alexa Mini but the force 6+ winds were swaying the drone dangerously and we couldn’t get it in the can. Luckily the team had a back-up drone carrying the Panasonic GH4. The DJI model is a lighter drone and designed so that it doesn’t act like a sail in the wind. We got the shot but only just.

While it doesn’t apply to commercials productions, Malta does operate a cash rebate incentive on filming up to 25%. Eligible productions that have a positive impact on the culture of Malta can receive an uplift to 27%.

An extra and highly competitive incentive was added for domestic productions earlier this year in the form of a 150% tax deduction on locally incurred expenses in order to kick-start an indigenous industry.

Since the introduction of its cash rebate, Malta has become a popular destination for foreign feature films. 2015 saw the arrival of both Justin Kurzel’s Assassin’s Creed and Michael Bay’s 13 Hours: The Secret Soldiers of Benghazi.