Written by Tom Deehan on Oct 3, 2016. Posted in On Location / Production News

The third season of Charlie Brooker’s satirical anthology series Black Mirror has been shot on location throughout London, doubling the British capital for California. While shooting the first episode of the season, the Electrowerkz nightclub in Islington was used to depict a Californian beach town in the height of the 1980s. 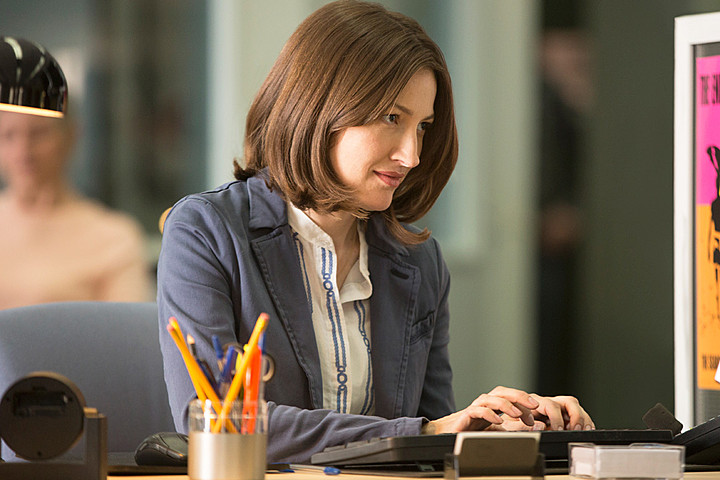 Scenes for a later episode filmed outside Senate House in the borough of Camden, staging a large scale protest below the towering structure. The production also shot at the Mursell Estate in Lambeth, which hosted the filming of Stan Lee’s Lucky Man in June 2015.

This will be the first season not to air initially on Channel 4, after they were outbid by the streaming service Netflix. The third season is set to premiere on October 21st.

FilmFixer Director Andrew Pavord details: “Black Mirror might be going global with the brilliant new Netflix deal, but we were thrilled that Charlie Brooker and the production stayed here in London to film. We know our city can double as almost anywhere in the world. We’ve just seen Croydon double as Istanbul for example, on another big shoot.”

The project in question is The Long Walk starring Michael Keaton, which cheated St. George’s Walk in Croydon’s town centre for the Turkish city last month.

He continues: “congratulations to the production team for a brilliant piece of work. The episodes act as stand-alone dramas, so we dealt with each production on that basis. In Lambeth in particular we were really pleased with the positive impact on Mursell Estate and Albert Square residents. But we’re also thrilled filmmakers could see the benefit of taking this important shoot outside the centre and into Kingston.”

The UK offers a highly competitive tax relief for high-end television shows. Projects that spend a minimum of GBP1 million per episode can claim a 25% tax rebate, such as BBC’s Poldark and HBO’s Game of Thrones.