Written by Tom Deehan on Oct 26, 2016. Posted in On Location / Production News

Doctor Who spinoff Class filmed in caves beneath Bristol

Class, the BBC’s third spinoff series of Doctor Who was shot on location in the Redcliffe Caves that lie underneath Bristol. The expansive underground network is an iconic local landmark in part to its eerie atmosphere and red stone walls, depicted in Class as being Hell itself. 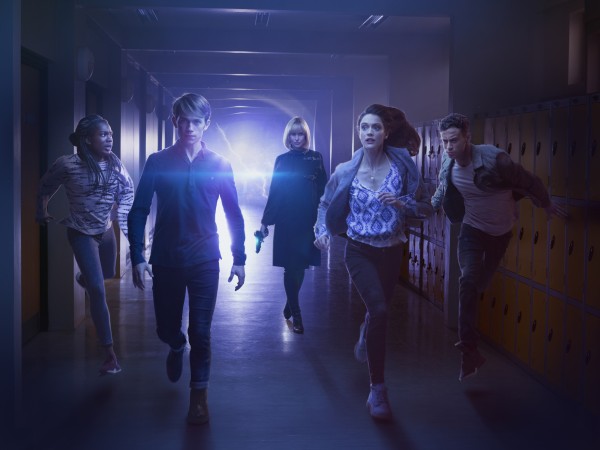 Bristol Film Office provided assistance with local scouting and permit acquisition, while the production operated out of offices in Redcliffe Wharf.

Natalie Moore of Bristol Film Office explains: “Doctor Who has filmed in Bristol a number of times over the years, so it was fantastic to welcome this exciting new spinoff series to the city. Redcliffe Caves is a hugely atmospheric location, steeped in history that lent itself well to the sci-fi element of the storyline.”

She continues: “the location has seen a great deal of filming use in past years – they have doubled as ‘the underworld’ in BBC One drama Atlantis, a secret rave location for E4’s Skins, and have even been explored by comedian Rhod Gilbert when he tried his hand at paranormal investigation for BBC One’s Rhod Gilbert’s Work Experience last year.”

Class marks the third attempt at a Doctor Who spinoff after Torchwood and The Sarah Jane Adventures. The series premiered with a double episode slot on October 22nd on BBC Three, with the third episode set to air October 29th.

Outside of London, Bristol is one of the most popular filming locations in the country. The city recently hosted the filming of Poldark season three and doubled for the Cotswolds in Sky 1’s adaptation of Agatha Raisin.

High-end television productions like Class can access a 25% tax rebate from filming in the UK. A minimum of GBP1 million must be spent locally to qualify, alongside passing a cultural test set by the British Film Institute.

Bristol Film Office will be attending FOCUS – the meeting place for international production in December as part of the larger group, Film Offices UK (FO:UK). Register your attendance today for free.