Written by Tom Deehan on Oct 17, 2016. Posted in On Location / Production News

The second film in the Jack Reacher cinematic series, set to release October 21st was partially shot on location in Merton Park, London. The shoot involved landing a helicopter in Merton Park while sound stages at Wimbledon Studios were also used in accordance with assistance provided by the Merton Film Office. 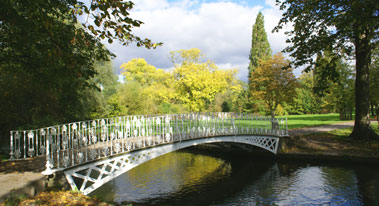 FilmFixer Director, Karen Everett explains: “we’re not allowed to tell you much about the scenes filmed in Merton. Suffice to say, there’s a villain who’s surrounded, and an altercation follows. Make no mistake, though, this was a proper couple of days of Hollywood-style filming – right here in Merton. The shoot involved two truck mounted platforms, generators, and 100 cast and crew.

She continues: “if it’s good enough for Tom Cruise – it must be pretty good. We’ve always said there’s no need to drive – or fly – all the way to central London for outside locations. Merton is a perfect example – with ample underground parking, village architecture, council estates, high streets and open fields – all on the doorstep of the studios.”

Despite having the facilities to accommodate for feature film productions, Wimbledon Studios usually services television shows such as the BBC's Bad Education and Episodes.

Parts of the film were shot on location in New Orleans, taking advantage of the Louisiana's 40% tax credit scheme. Despite having their incentive programme slashed in 2015, Louisana's advanced infrastructure is still an enticing factor for productions hoping to film in the state.

Even by shooting partially in the UK, Jack Reacher: Never Go Back will have been provided with access to the country's 25% tax rebate. To access the incentive, feature films must spend at least 10% of their budget locally and pass a cultural test.