Written by Tom Deehan on Nov 28, 2016. Posted in On Location / Production News

The BBC’s dramatisation of a series of murders that took place in the 1940’s and 1950’s, Rillington Place was filmed on location in and around Glasgow, doubling the Scottish city for London. The three-part series stars Tim Roth (The Hateful Eight) and Samantha Morton (Fantastic Beasts and Where to Find Them). 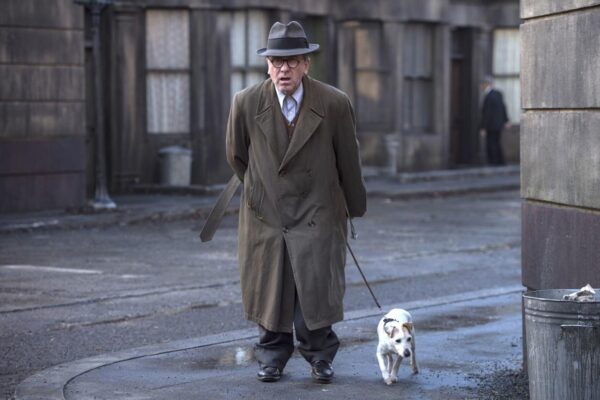 Roth will portray John Christie, a notorious serial killer who was convicted of murdering eight women, one of whom was his wife.

The show’s Production Designer, Pat Campbell details the shoot: “we shot at the Western Baths swimming pool… another day we were down at West Princes Street filming and at West Street using that as the link between Rillington Place and the rest of Ladbroke Grove. We used a factory in Bo’ness that we turned into a bombed-out section of the factory at the end of their street. We had to build huge polystyrene blackened beams, a crumbling porch and filled it with smoke and rubble.”

Filming also took place at Bo’ness and Kinneil Railway Station on the outskirts of Glasgow, while sets were used at the BBC Scotland drama studios in Dumbarton.

Hilary Salmon, Head of BBC Drama Production England adds: “we are thrilled to be bringing this iconic story to BBC One. Ed Whitmore and Tracey Malone have written three brilliant scripts which really crack open the mysteries and motivations of the Christie case."

Rillington Place continues the current trend of using Northern cities as a double instead of filming in London itself, with Stephen Poliakoff recently opting for Liverpool in his war-time drama, Close to the Enemy.

High-end TV shows that film in the UK can access a 25% tax rebate if a minimum of GBP1 million per episode is spent locally. Extra incentives can be acquired for shoots in Scotland through the Production Growth Fund.

The first episode of Rillington Place will air tomorrow at 9pm on BBC One.