Written by Janos Kis on Nov 29, 2016. Posted in Contributors

Cambodia's film industry and locations in a nutshell

Establishing a film industry in Cambodia was a special concern for King Sihanouk. He helped to make roughly 50 feature and documentary films during his reign. Cambodia was a sleeping beauty waiting to be awakened, but today the film industry's glorious days are returning. This prosperity is down to such Khmer filmmakers as Rithy Panh, Chhay Bora, Kulikar Sotho, Davy Chou, Kalyanee Mam, Kavich Neang, Daron Ker, Thet Sambath, Rithea Phichith, Sothea Chhin, Polen Lee, Sok Visal and those foreign film directors who chose the country for filming location. 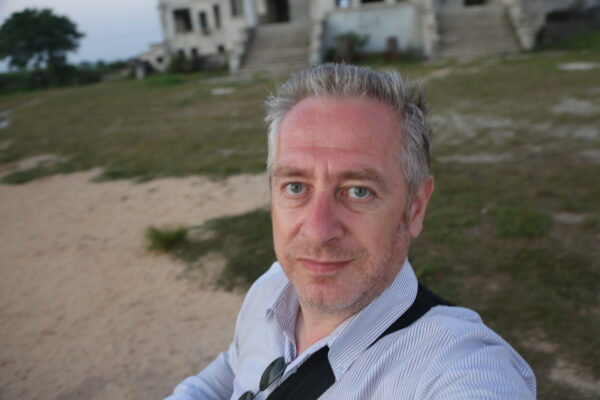 Some of the most prolific films to have shot in Cambodia include Won Kar-Wai’s In the Mood for Love (2001), Simon West’s Lara Croft: Tomb Raider (2001), Mike McCoy and Scott Waugh’s Act of Valour (2012) and Angelina Jolie’s First They Killed My Father (2017). This isn’t to speak of the various travel documentaries like the popular Bicycle Diaries, Jobs Without Frontiers, Rayil Sneham or Gordon Ramsay’s Great Escape and the reality TV show, Survivor.

Cambodia is known to be the 'Land of Smiles'. You can experience the kindness of Khmer people even if you’re working hard on the set for many days or even weeks. Khmers are not only hard workers but often speak English very well. Thanks to the Cambodian Film Commission (CFC), helmed by Mr. Cedric Eloy and Mr. Sovichea Cheap, the hard working Khmer film crew members have had a chance to work on international productions for a while.

CFC itself is organises intensive film making workshops and provides adequate info to help major Producers and Line Producers. Although those film making training courses are becoming more popular, there is no film school in Cambodia as yet. With the help of the Cambodian Government and potential foreign investors, this may change in the near future. 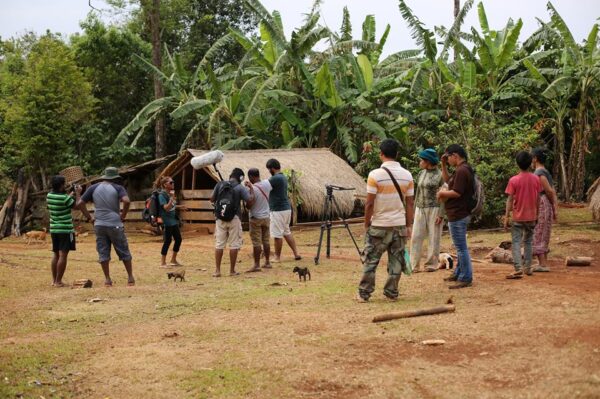 Changes can be seen on the ground level as Pour un Sourire d'Enfant (PSE) orphanage created a film school for orphans residing at their center, while the Department of Media and Communication (DMC) of the Royal University of Phnom Penh specialises in journalism.

Production infrastructure in general is not quite as developed in this country as in the neighboring Thailand but filming equipment, cameras and lighting devices are available in limited selection. Dry hire however, is not always possible and equipments mainly come with assigned operator and supervisor. Rates vary by rental lengths, budget and availability. Obtaining filming permits is bureaucratic, it can take a few days to a couple of weeks and are provided by the Ministry of Culture and Fine Arts. For documentary and commercial shoots, permits can also be obtained also from the Ministry of Interior.

It is worth noting that the Apsara Authority is entitled to deliver filming permits for the temples inside Angkor Archeological Park only after the General Filming Permit has been obtained from the Ministry of Culture and Fine Arts. It takes time and can be very costly. 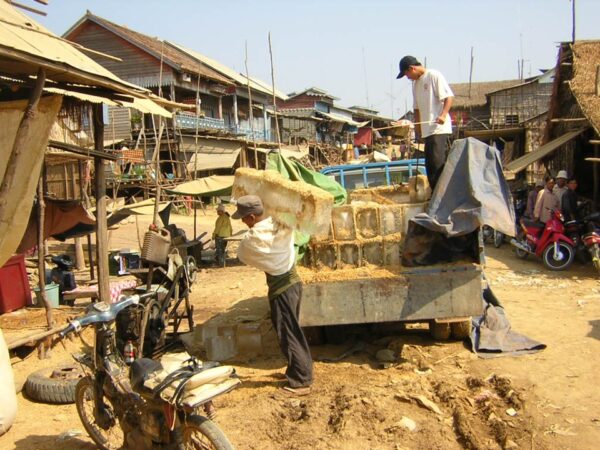 Cambodia is one of the fastest growing economies in the region of South-East Asia. The country can easily double for Thailand, Vietnam, Laos, Myanmar and the Philippines. Its picturesque landscape has already made it a popular location for international filmmakers, especially for small-scale projects although it is occasionally chosen for high-profile, big-budget shoots.

Phnom Penh’s scenery changes quickly. Today there is a luxury building boom and skyscrapers are growing from nothing like mushrooms. Since last summer, trains are running again to and from the capital and there are huge numbers of luxurious cars on the streets. Tuk-tuks and motodops easily navigate in the traffic jam, while cyclo drivers ply the streets with great skill. The beautiful riverside landscape of the Mekong River provides a good choice for filmmakers to show a different face of the city. Pagodas, slums, 5 star hotels, casinos, skyscrapers, the Chaktomuk Hall and the Royal Palace, they are all on the menu.

10 years ago, when we filmed Ferenc Moldovanyi’s multi award winning documentary Another Planet about child labour, we showed the darker side of the city. We portrayed the life of scavenger children on Smokey Mountain, Steung Mean Chey, Phnom Penh’s municipal rubbish dump and in a brick factory at the outskirts, where dozens of young children were making bricks all day. 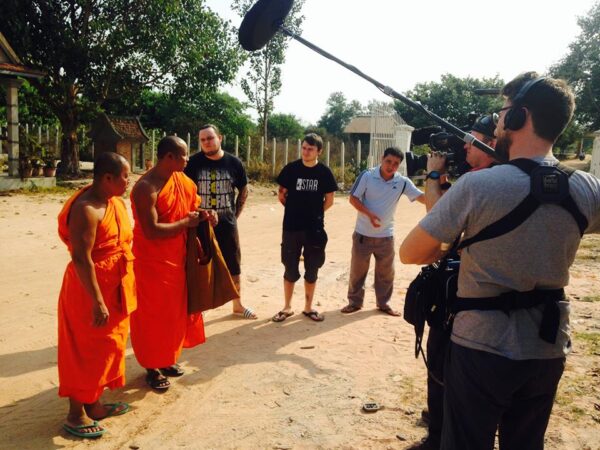 Last year we shot Rayil Sneham season two, a travel documentary for MediaCorp/ Vasantham, the Singapore based Tamil language television network. We traveled around the country to show real Cambodia.

The Indian and Singaporean crew arrived on mainland from Thailand and crossed the border at Poipet. Although they came later then expected, we successfully managed custom clearance, even after official opening hours. Filming itself took three weeks, featuring some of the most famous temples in Angkor Archeological Park, the young artisans of Siem Reap , Kampong Kleang floating village, in Battambang the “prahoks” and spring roll paper makers and the modern life of Phnom Penh. We then moved to Kampot and up to the Bokor Hill.

The Phare Circus was also on our list and the world-famous pepper plantations. Next stop was Kep, filming the sea salt harvest and the crab market. Kep is Cambodia's gem on the Gulf of Thailand, where the royal family and government officials would vacation back to the early twenties. We then headed to Sihanoukville to enjoy the sunshine on sandy beaches and finished our mission hundreds of miles farther, at the Hill tribes of Mondulkiri before the crew crossed the border to Vietnam.

Another interesting reality series project we finished just a few months ago was done with the Belgian company, Sputnik Media. We showed how Cambodia’s Yantra tattoo masters teach the basics of their sacred ancient art to four Belgian candidates. After a few months of pre-production the crew arrived to Cambodia. Those candidates worked day and night, lived and breathed with their local masters for a week and learned how to tattoo the specific “magic patterns” first on fruit and/or pig skin before touching humans. Two Directors were in charge to direct the show with two different crews on different locations. Our local Production Managers, with a small numbers of extra crew members, handled all the Directors’ requests to everyone’s satisfaction. It almost goes without saying that pre-production is the key towards your goal. It saves you time, money, and nerves.