Written by Tom Deehan on Nov 8, 2016. Posted in On Location / Production News

The Incantation, starring Dean Cain (Supergirl) and Sam Valentine (Exspiravit) was shot entirely in the Loire Valley, just two hours South-West of Paris. The film is written and directed by Jude S. Walko (Rush: Inspired by Battlefield) whose previous credits also include work as a Producer and an Actor. 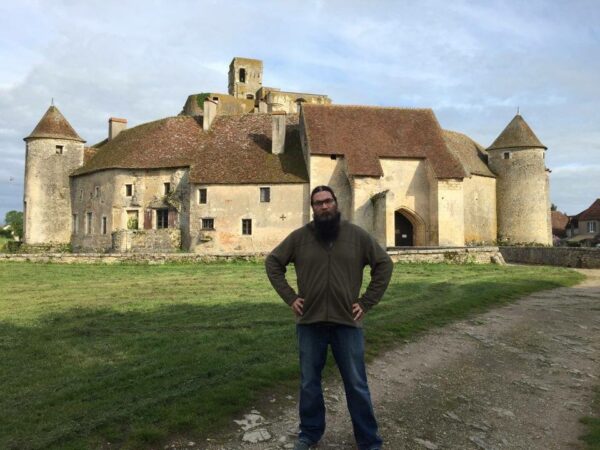 The Incantation tells the story of a teenage girl who travels to France from America in the hope of learning more about her ancestors, soon discovering dark secrets of the past and even greater horrors that dwell in the ancestral castle.

With regards to the chosen locations, Jude explains: “the Loire Valley was chosen for several reasons. We needed a sort of fairytale-esque backdrop for the film, preferably something that could double as simultaneously creepy and enchanting. Then after my research I learned of the Valais Witch Trials that had spread from the Swiss Alps all the way into South-Eastern France. They were similar to the Salem Witch Trials in 19th Century America.”

“Once I had boots on the ground, the locations stole the show. Magnificent Castles dating back to medieval times all the way to present day, dotted the countryside. The people of France couldn't have been friendlier. Even authorities figures like Mayors, Police Chiefs and Fire Brigades were happy to help. The towns of La Guerche-sur-l'Aubois, Sagonne and Nevers were particularly helpful. I think French people are much more open to cinema and art in general, and therefore are happy to oblige filmmakers.”

“Another interesting insight about the film is that we originally wanted to shoot in the official Catacombs under Paris. This however, is extremely hard to get permission for due to the sacrosanct of the bones and remains there. They did however, put us in touch with the fine people at SEADACC who actually have the same connecting tunnels, sans the bodies. So just add prop corpses and you're good to go!”

Alongside its locations and film friendly atmosphere, international productions can benefit from France’s film incentive. The TRIP programme offers a 30% tax rebate to projects that shoot for a minimum of five days and spend either EUR1 million or 50% of their budget locally. The per-project cap is set at EUR30 million.

France has become an increasingly popular destination on the international stage with the likes of DC’s Wonder Woman and Christopher Nolan’s Dunkirk having filmed in the Louvre Museum and Dunkirk itself respectively.

For more information about shooting in France, Film France will be exhibiting at FOCUS – the meeting place for international production in December. Register your attendance today for free.