Written by Tom Deehan on Nov 2, 2016. Posted in On Location / Production News

The upcoming Christmas commercial for the UK retailer Marks & Spencer (M&S) was filmed on location in Barnard Park, Islington. The North-West London borough was turned into a winter wonderland, with fake snow used to cover the streets and a number of residential houses decked out with Christmas decorations.

Filming took place in early August over a two week period, during which a helicopter was brought to the location carrying a store of Christmas presents. Barnard Park is surrounded by Georgian terraced houses, invoking a periodic atmosphere in its design. 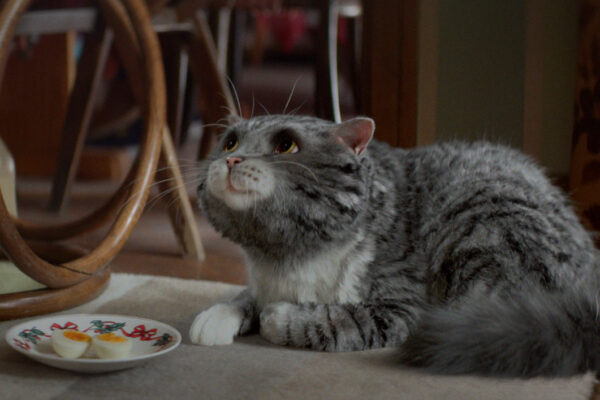 Islington is one of London’s more popular filming locations – featured in Sam Mendes’ latest James Bond flick Spectre and more recently having been doubled as California on Netflix’s Black Mirror.

RKCR/Y&R is the creative agency behind the commercial. After having been responsible for M&S’s advertising output for the last 16 years, this year’s Christmas commercial marks their last production for the client after they switched to Grey London.

The UK production industry benefits greatly from the national filming incentive. While the incentive doesn’t apply to commercials projects, a 25% tax rebate can be claimed by feature films and TV shows that incur an eligible minimum spend and pass a cultural test.

In recent years, the production of Christmas commercials in the UK has become a highly contested industry between the major high-street retailers, as increased budgets have aligned with heightened audience expectations. Last year, Sainsbury’s Mog’s Christmas Calamity (pictured) came out on top with over 30 million views on YouTube.