A feature film biopic on the life of Lizzie Borden, who was infamously charged and acquitted with brutally murdering her father and stepmother, is currently being filmed in Savannah, Georgia. The film will star Chloë Sevigny as the titular character, alongside Kristen Stewart. 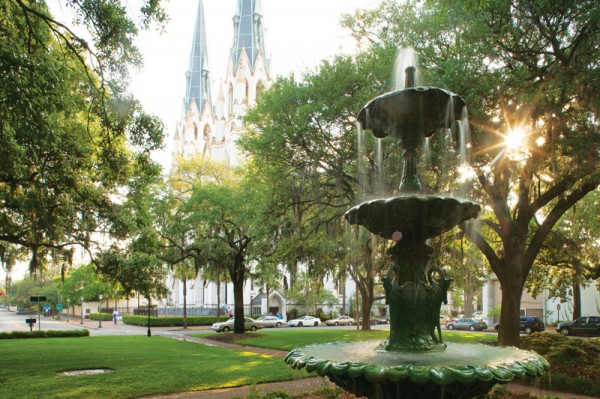 The yet-to-be titled project is being produced by Artina Films, Destro Films and Playtone Productions.

As Georgia’s reputation as a leading production hub grows, so has Savannah’s popularity as a filming location. The city has welcomed a number of high-profile productions recently including the cinematic reboot of Baywatch and Ben Affleck’s Live by Night.

Beth Nelson of the Savannah Area Film Office details: “the increase of productions, the development and success of existing infrastructure, the growth of a working crew base in our area are all signs that we are moving in the right direction to build a sustainable economic sector of our economy.”

Savannah’s local incentives were only established last year but have already become so popular that the programme can no longer be accessed until January 2017. The city will offer a 10% cash rebate if various criteria are met based on the type of production at hand.

The Savannah Entertainment Workforce Relocation Reimbursement is still available for on location productions however, providing up to USD2,000 per household on costs relevant to relocating cast and crew.

All of Savannah’s local incentives can be stacked on top of Georgia’s state-wide 30% cash rebate. USD500,000 must be spent in order to qualify for the rebate and there is no cap on the amount that can be claimed per-project.