Written by Tom Deehan on Nov 9, 2016. Posted in On Location / Production News

The latest series from the critically acclaimed writer, Stephen Poliakoff was filmed largely in Liverpool after the production deemed the Northern city's locations to be far superior to that of the UK capital. According to Poliakoff himself, Liverpool offers far more “unspoilt” locations over its Southern counterpart. 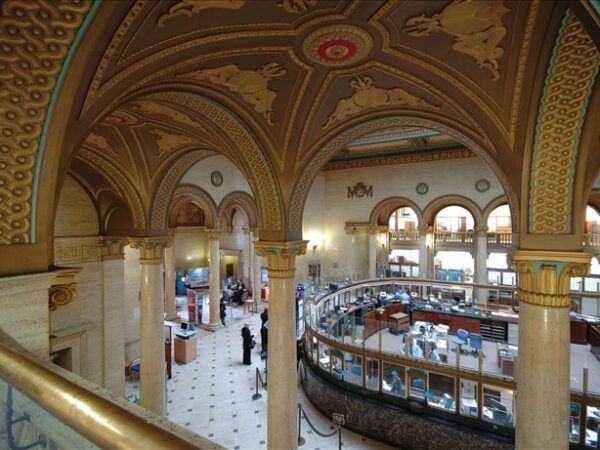 Speaking to The Telegraph, Poliakoff explained: “so much in London has been modernised inside or it is impossible to film. I have filmed in Liverpool before and it is a wonderful, wonderful city for filming because it has so many unspoilt – for period filming especially – interiors.”

He continues: “obviously there are very few bombed places still around and in Liverpool we were lucky enough, there was this huge building that was once a bank and has now been turned into a hotel, which we shot the hotel in.”

The building in question is the Principal Hotel on Water Street, as of yet unopened to the public but was once recognised as the headquarters of Martins Bank before being redeveloped in 2015.

With a star studded cast including Jim Sturgess, Alfred Molina and Alfie Allen, Close to the Enemy takes viewers back to 1940’s England during the height of war, as a British Captain is tasked with ensuring that a captured German scientist is put to work at the Royal Air Force.

During the production’s stint in Liverpool, Brunswick Place was under lockdown for a high-speed car chase while Castle Street in the city centre was used to double as parts of Central London. 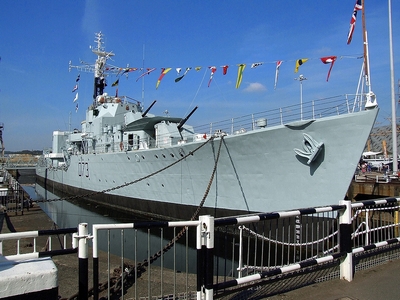 Despite Poliakoff’s comments, some portions of the programme were filmed in the capital and even in the South-East county of Kent. The HMS Cavalier, which is currently docked at The Historic Dockyard Chatham, was used for both interior and exterior scenes.

The Dockyard itself is a fairly popular filming location, having already been featured in Downton Abbey and Call the Midwife.

Poliakoff is an established figure in the scriptwriting industry, having penned a number of television projects including Dancing on the Edge, Joe’s Palace and The Lost Prince.

By filming in the UK, Close to the Enemy will have benefited from the country’s 25% tax rebate incentive, available to television programmes that spend a minimum amount of GBP1 million locally.