Written by Tom Deehan on Nov 7, 2016. Posted in Interviews

Having worked as a Location Manager for two decades and on a full range of production types, Harriet Lawrence is only just getting started. Her latest project, Suffragette alongside her continued work to train the next generation of Location Managers has bestowed her with the Production Guild Inspiration Award. We sat down with Harriet to find out how she feels about her recent success and her experience with scouting throughout the UK. 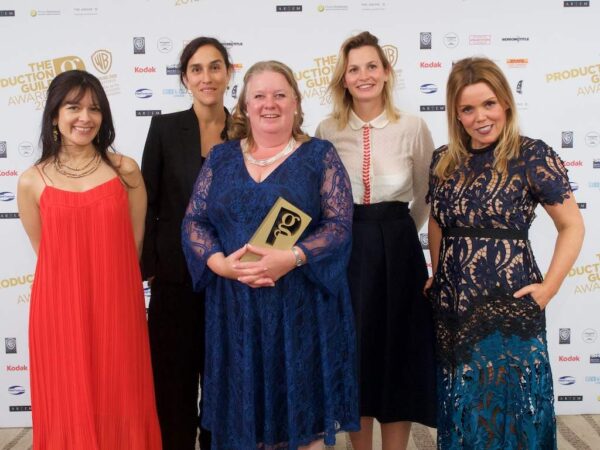 How did you get into the locations industry and what has been your career path to date?

I fell into it by accident. After I completed my degree in photography and was working in a dull retail management job to pay the bills, I met a Location Manager by chance and kept in touch. I then worked as a picture editor for a while, eventually took the plunge, went freelance and found that there was a job that I love and seemed to suit me perfectly. I started working in commercials in the 1990s and then in film and drama from about 1998 onwards.

The Production Guild Inspiration award is certainly well deserved! What does it mean to you?

Well it meant I had to ditch the North Face for frock and heels which is definitely out of my comfort zone! It was wonderful to be acknowledged for many things really, but taking Suffragette into the House of Commons and training over 70 of the next generation really are career highlights. I am genuinely so proud of my baby Location Managers and take great pleasure watching their careers go from strength to strength. The ones from eight years ago are all moving on up the department ladder and the most recent ones are doing great things - I take enormous pride in knowing the course helped them. They’ve also built a great network between themselves too which is invaluable. It was really lovely for the whole location department to have some recognition; we can be a little bit of a Cinderella department.

To what do you attribute your success?

I genuinely love my job and all aspects of it. From the early creative detective work to the nuts and bolts of the logistics and actually putting it all in place; (OK - there have been a few hairy moments over the last 20 plus years when I have momentarily contemplated a simpler life behind a desk, but only for a few minutes). I even love the more challenging ones where our department needs to pull a few more white rabbits out of hats. Always being curious has definitely helped, never stop being curious. I learn something new and wonderful on every job. 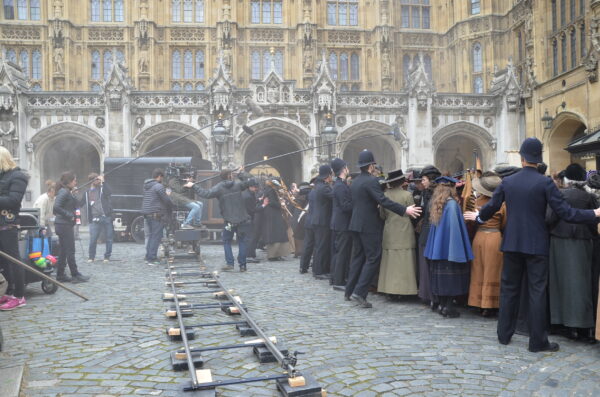 Suffragette makes use of a wealth of UK locations. Can you talk about your experience of working on the project?

It was one of those once-in-a-lifetime jobs where the script was brilliant, the team were so committed and passionate about it, and it used some wonderful locations - mostly in London which is hard. It was a film that was all shot on location but everyone involved gave it their all - it felt like one of the most collaborative experiences I have ever had - no matter how hard it was at times, we were all involved in trying to resolve problems. Obviously, being the first feature to film in the House of Commons was the icing on the cake and an experience, although nerve-wracking at times, I really enjoyed working on the project. I still look back and think that we took over 200 rioting suffragettes, eight horses, some cars and over 150 crew into the House of Commons for four days. How amazing is that?

Which parts of the UK lend themselves more to period productions?

All of it! We have inspiring history, stunning countryside and fascinating architecture. What’s not to like? London is being developed at an alarming rate but you can still film period movies here. It’s getting harder in London but the opening sequence of Suffragette has remarkably little VFX and very little art department dressing! The art department built a section of three shops on a bit of car park in Borehamwood, so we could really smash them up but the street itself was dressed and shot in one day.

Are there any notable areas of the UK that you feel are underutilised by the production industry?

Scotland could get their finger out and build a studio (or two) but that’s been discussed for decades, let’s hope they actually do it now. 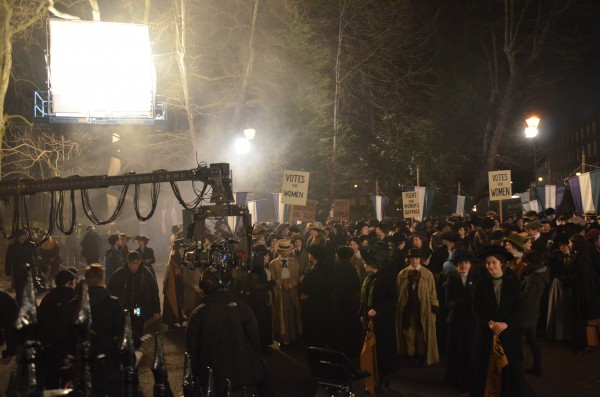 Have you seen any notable changes to the industry since the Brexit referendum?

It’s too soon to tell. I really hope not as we have a fantastic industry at the moment, with talented crew making amazing films. The film and TV industry generate millions for the economy so I hope we haven’t damaged that.

What’s the trickiest logistical problem you’ve come across on a project?

Apart from getting over 350 people, horse and cars into the House of Commons? Getting a goat to run down a mansion block staircase is surprisingly hard and there was nearly a 40 ton crane on a cliff at one point (fortunately the brief changed after a bit of scouting).

You’ve asserted yourself as a key figure in the training of the next generation of Location Managers. How important is it for you to reach out to this sector of the industry?

The location department is at the forefront of any production on every shoot on location (the clue is in the department name). It is key that we have the best people approaching locations, councils and regions to pave the way and put in place everything that needs to happen for the shooting crew to be able to turn up and do their job. The better the prep by the location department, the smoother the shoot for the rest of the crew. Most people don’t really know what it takes to get a crew there, so we need to make sure the next generation of Location Managers have that knowledge and learn from the figures who are actually working in the industry now. It’s not something I can do alone - I have been lucky that so many of the best Location Managers in the industry have given the course and trainees so much support.

What future projects are you involved in that we can look forward to?

I shot a gorgeous period film called My Cousin Rachel earlier this year which should be out in 2017. I’ve recently been shooting in whisky distilleries on Skye and Islay for a viral promotion. The Christmas special of Outnumbered is coming up and I have just started on the UK part of a Working Title film, Entebbe which shoots in January. As well as a little more training in Newcastle, Leeds and Bournemouth University, so very busy indeed.

Harriet, thank you very much for your time.

Harriet Lawrence, alongside a plethora of production professionals will be speaking at FOCUS – the meeting place for international production in December. Register your attendance today for free.