Written by Tom Deehan on Dec 13, 2016. Posted in On Location / Production News

British comedy Finding Your Feet films in London, then Rome

Finding Your Feet, a new British comedy from Richard Loncraine (Ruth & Alex) is about to finish its London shoot before moving on to Rome. Production began back in early October with the feature taking up residence at Twickenham Studios and is expected to remain in London for another week. 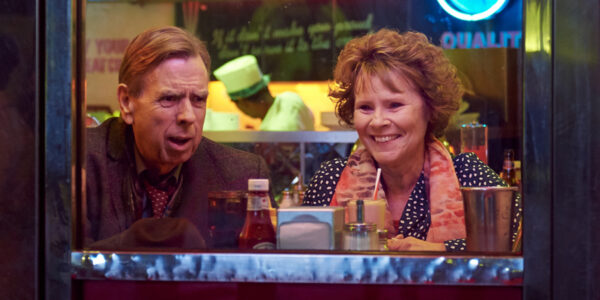 Finding Your Feet stars Imelda Staunton (Maleficent) as Lady Sandra Abbott, who finds herself single once more after forty years of marriage, leading her to reconcile with her estranged sister by means of attending a dance class.

In detailing the shoot, Director Richard Loncraine comments: “the London portion of the shoot has been a great success, and I'm enjoying it every bit as much as I enjoyed the script - a script that made me laugh and cry, often at the same time. I am genuinely thrilled to have taken this wonderful project from the page and on to the screen where it belongs.”

Producers John Sachs and Andrew Berg add: “we are all incredibly proud to have got this very funny and moving film into production. We hope that it will be as enjoyable for future audiences as it is for us as producers to watch some of Britain's finest actors bringing these unique and infectious characters to life under the direction of renowned filmmaker, Richard Loncraine.”

By filming in both London and Rome, Finding Your Feet will have access to two unique incentive programmes. The UK offers a 25% tax rebate if 10% of the budget is spent locally, while Italy provides up to 25% in tax credits and a per-project cap of EUR10 million.