Written by Roland Quesnel on Dec 16, 2016. Posted in Contributors

Fixing it up in Southern Spain

The past decade has seen massive changes in the economic model of commercial media production. The technology has revolutionised production capacity and affordability. New mediums on the internet, such as YouTube and now Facebook video have transformed the audience, its expectations and make-up. The production world has followed suit, adapting and convulsing, improvising and innovating, and we find ourselves in a very different place to when I first arrived in Spain on a TV commercial shoot back in 1999. So this is just a personal perspective on how these changes and revolutions have impacted on my working life in my adopted country. 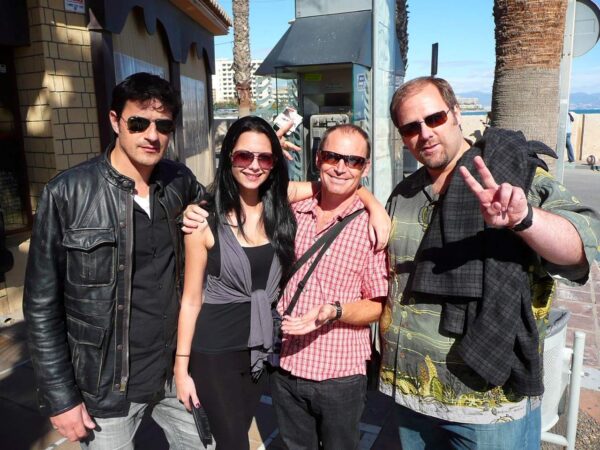 As a refugee from professional theatre, looking for something more exciting and challenging than church halls and transit vans in provincial England, I was sucked into the huge boom in service production in Andalucía at the time. I quickly found myself working in production as Coordinator, Manager and finally Line Producer, as well as filling in on stints as a first AD. This was the last age of seriously big budget TV commercials and pop videos shot on celluloid.

16 years on I am largely busy as a Fixer, a term I only came across belatedly as I sat in my role as a Line Producer, turning away enquiries from TV companies who didn't fit into our system of the big service circus. Neither did they want our service, our mark-ups, our generous assumptions about staffing, vehicles, camera hire and so on. I couldn’t believe that these people actually wanted to bring their own kit and crew, and actually were willing to drive themselves!

Around ten years ago, after having experienced the upheavals that the local economic crisis, globalisation and the Euro had inflicted on competitivity in the Spanish service market, I decided to cut loose completely and offer my services purely as a one man band. It was a leap in the dark as at the time, such was the dominance of the service model in our local economy that there weren't many people who called themselves a Fixer at all. There weren't the usual channels and obvious markets for one to aim at and the production scene was transmogrifying daily before our eyes. 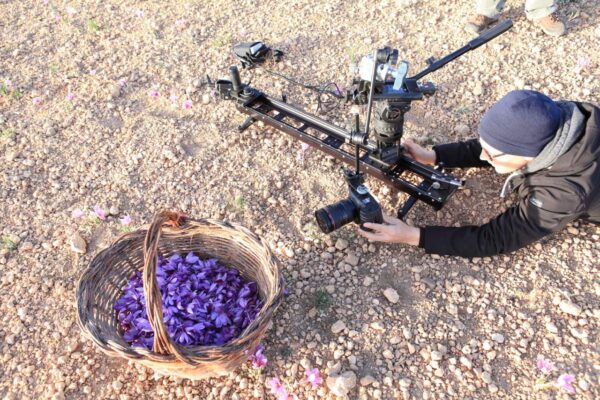 My main avenue in was via a website, and listings in places such as this very publication. I didn't know it but I was about to embark on a journey that would continually throw up bizarre challenges, but more especially, would get me into projects that I found immensely interesting and satisfying on a purely personal level. After several years of paying obedience to powerful commercial and corporate imperatives, I was suddenly unleashed in to the world of documentaries, 'ob docs', reality shows and viral internet productions.

Spain was once, and still remains to a certain extent, one of the kings of film and shooting locations. What the new media demands have done though is to go further than using our glorious environment as a set, and thousands of programme makers have descended on Spain to use Spain itself as the subject of the production. What is fascinating is the variety of subjects and formats that people come to me with.

My real baptism of fire was season seven of The Real Hustle. I was a big fan of the show, so knew it well, but that still didn't prepare me for the production culture of the show when it arrived. In the old big service circus, everything was nailed down with permits, fees, strict timings and heavy organisation. This show was a challenge on a completely different level. Apart from the extraordinary amount of negotiating and cajoling to get so many little cameras into so many bizarre and unorthodox places, it was the sheer live nature of the show that made it so exciting. Once the set up was achieved, there was palpable adrenaline as the hidden crew hung on every action and word of those unknowingly in front of camera. After working in a world of complete control so to speak, this was the exact opposite. Improvisation was often the order of the day. 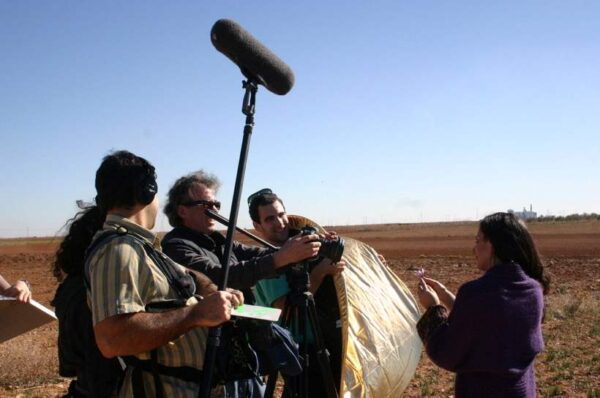 One particular event underlined how precarious the whole style of production was. A couple pose for a stranger (the hustler) to take a photo with their camera. The other two hustlers race past on a scooter and snatch the camera. Mayhem ensues as the mark freaks out, bystanders become involved and then lo and behold, two local police officers appear. A dutiful local resident runs over to them to enlist their help. The entire fabrication is about to unwind with some very uncomfortable questions and excuses being given to the forces of law.

As the nature of everything is covert, and no actual formal permit is applicable to what we were doing, there was no official paperwork or police clearance in place. The authorities had been notified of the programme and subject but the officers on the beat were clueless. I had to intervene rapidly to stop the escalation, without giving the game away to the mark, by getting the local resident out of the picture and by getting the police to understand there was no crime, just a set-up of one for reality TV! Some careful and quick negotiating diffused everything, and the piece did make it to broadcast only slightly impaired.

The incident serves to highlight some of the trickier aspects of fixing for the welter of new TV conventions and demands that appear all the time. In this case, and in other cases I have had, the way filming permissions are done in Spain can be a help or a hindrance. As we filmed this particular piece from private premises with hidden cameras, onto the public space, no actual permit was required other than permission from the owners. 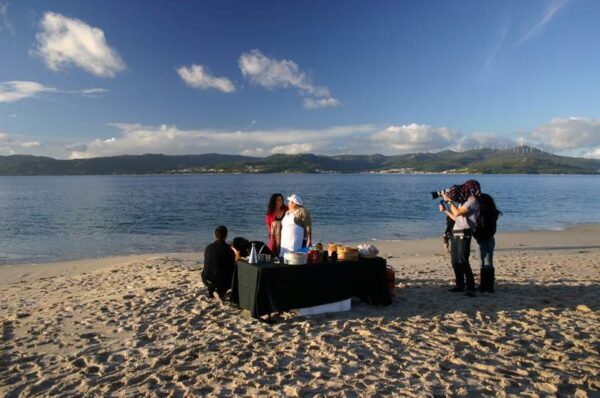 Public spaces require a permit to be occupied for the purpose of filming. You declare how many square meters you want, where, when and so on. So many of the formats I have worked with do not fit into this equation. You don't need a permit if you shoot hand held and do not block public space and right of way. But if your Producer demands a permit for their deliverables to the broadcaster, it can be frustrating as a public authority can often say there is no permit to give.

I have found the demands of reality TV especially challenging. The old circus was like an oil tanker, you couldn't turn it around in less than four nautical miles and several hours. Reality TV is often improvised, changeable and dependant on the whims of the participants, or the constantly changing demands of the Producers as the story veers around and departs on tangents. This is when local knowledge and contacts are a godsend. I work largely in Andalucía and would struggle to react quickly and solve problems on the run in Bilbao, where I know nobody. At this level of fixing, personal contacts count for a huge amount.

As reality TV culture searches for new extremes, tensions can and have arisen. Majorca has already had its fill of UK TV crews filming their drunken nationals on the streets. Owners of businesses especially are very wary of how they will be presented if they collaborate. Getting trust is difficult and some Producers abuse that trust on occasion. This end of the television market also doesn't usually have budgets for locations, so goodwill and generosity is essential in gaining locations and collaborators. I am often very pleasantly surprised at how easy going many people are here in the south, usually those that aren't tuned in to the excesses of some reality formats. 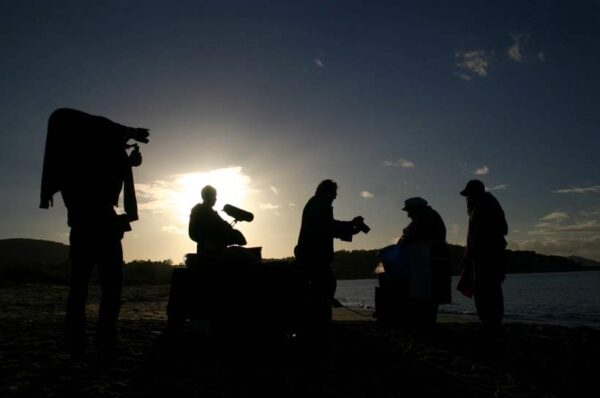 For me, the change to this kind of working has been liberating and energising. Production is small, lightweight and scripts or demands are rarely cast in stone. One can improvise and adapt fairly easily. Documentaries, whether historical or even gastronomical are always fascinating and that is when Spain is at its most generous, in sharing its culture and history. However it is the Spanish people themselves who I think are the real stars, it is their character and generosity that makes my work possible and such a pleasure.

When asked by a Finnish reality TV show at 24 hours notice to find a dwarf to dress as a gangster and trash the office that was subject of the reality show, I did indeed find one. He was indeed a dwarf and was accustomed to hen nights, stripteases and so forth. He duly turned up dressed as a mafiosi and without compunction, but a great deal of bravery, laid waste to the working environment for the cameras, to the complete surprise of everybody. No-one was hurt and it was all good humoured, but completely compulsive television. One more unexpected challenge met and conquered. I'm sure there will be many more.