Written by Tom Deehan on Dec 20, 2016. Posted in On Location / Production News

Production service company Flatpack Films, in collaboration with Keystone Paris, have shot their latest commercial for Hyundai’s Genesis G80 outside of the Hungarian State Opera House in Budapest. The spot is noteworthy for keeping the car stationary throughout, highlighting its design as opposed to its speed. 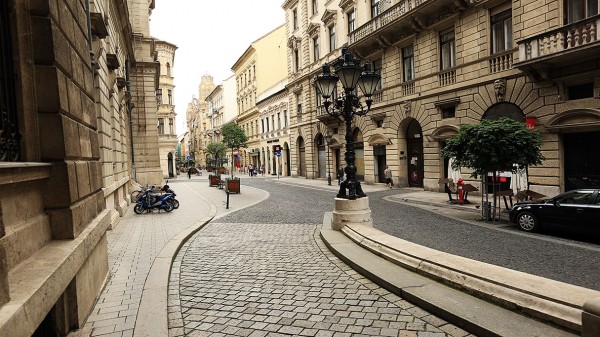 Zita Kisgergely, Executive Producer of Flatpack Films explains: “this shoot demanded multitasking on a very high level. We were responsible for handling multiple complex components within a tight deadline but we rose to the creative challenge. Patrick Duroux brought a welcome level of professionalism to the set - as one of the most technically-accomplished DOPs in Europe. It was a pleasure to work with both him and director, John Park, who is similarly technically gifted and has a refreshingly sensitive eye for aesthetics.”

She continues: “the heavy technical demands of this shoot called for a large amount of care and preparation. This was a great opportunity to build on our repertoire of work for the Asian market. Our strong relationships with Korean producers allowed us to maintain excellent communication and uphold the creative vision throughout the entire process.”

Located on Andrássy Avenue, the Hungarian State Opera House was built in the late 19th century and its distinct design has been left relatively unchanged, making it an ideal hero location.

Hungary currently employs a filming incentive in the form of a 25% tax rebate. The programme only applies to film and television productions however, with commercials excluded from eligibility.

In August, Strawberry Films used parts of Budapest to double for Vienna in their commercial for Telekom.