Written by Tom Deehan on Dec 16, 2016. Posted in On Location / Production News

Andi Mack, a new children’s TV series from Terri Minsky, has shot on location on Main Street, Magna. Scheduled to air in 2017 on the Disney Channel, the production changed the quiet Main Street into a busy hangout for local youth. 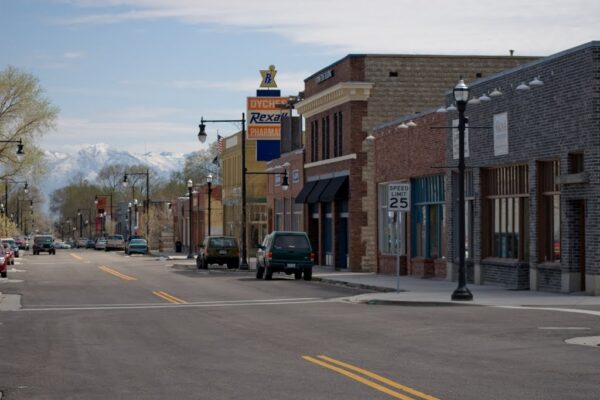 Michelle Manning, Executive Producer the series offers her opinion on the people of Utah: “they make you feel like they don’t ever shoot anything here and [yet] they shoot so much here… everybody — the extras, the neighbourhood, the people — are so welcoming and inviting and so happy to have you that the show would never look as good if we had shot it in LA.”

Virginia Peace, Director of the Utah Film Commission details the location: “it has that historical Main Street feel that they were attracted to. That small town, anywhere… it’s got big wide-open streets and it’s not very busy, so it’s easy to come and take over.”

While some of the crew were brought in from elsewhere, the majority of labour was sourced locally, creating roughly around 150 new jobs in the process.

Minsky’s previous project for Disney, Lizzie McGuire, was a commercial hit which ran for two seasons and produced a feature film that grossed USD55.5 million on a USD17 million budget.

Utah employs a tax credit incentive on filming, offering a 20% rate to productions that spent anywhere between USD500,000 and USD1 million, increasing to 25% on anything higher. Alternatively, a 20% cash rebate is available for smaller projects that incur a minimum local spend of less than USD1 million.

The state has seen a recent increase in interest from high-budget projects, after having hosted HBO’s Westworld which used the sprawling red deserts of Moab to depict America’s old west. The Bonneville Flats were also featured in Independence Day: Resurgence.