Written by Tom Deehan on Dec 9, 2016. Posted in On Location / Production News

Filming is about to begin on Otto Bathurst’s Robin Hood: Origins, with the production’s first port or call being the Croatian city of Dubrovnik. Crew were on location earlier this week to construct a small town down by the beach in an attempt to recreate Nottingham. 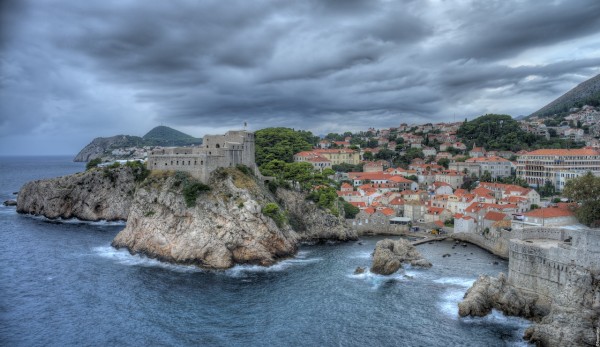 Robin Hood: Origins will depict a younger version of the character who has just returned to Sherwood Forest after fighting in the Crusades, only to discover widespread corruption. Taron Egerton will star as the iconic outlaw himself, alongside Eve Hewson and Jamie Foxx.

In detailing the shoot to The Dubrovnik Times, Bathhurst explains: “this is my fourth or fifth time in Dubrovnik, the city is amazing, it's beautiful and it is an excellent location for filming.”

Production on Robin Hood was initially scheduled to commence in early 2016, but in Bathurst’s desire to keep Egerton attached to the projected, Robin Hood was delayed until filming for Kingsman: The Golden Circle was complete.

The last on-screen depiction of Robin Hood was Ridley Scott’s 2010 eponymously named feature film starring Russell Crowe. Filmed largely in Wales and Surrey, the film was a critical flop but a commercial success.

Croatia has had a production incentive in place since 2012. The scheme offers a 20% rebate to film and television projects that hire local labour (30% of overall crew) and pass a cultural test.

Dubrovnik has been a hero location of HBO’s Game of Thrones since 2011, transforming the city into one of the world’s most sought after filming locations. The highly anticipated Star Wars: Episode VIII also descended upon the city earlier this year.