Written by Tom Deehan on Dec 8, 2016. Posted in On Location / Production News

After concluding its first season last Sunday with a critically acclaimed finale, reports have emerged that production on the second season of HBO’s Westworld will commence in summer 2017. Abstaining from the traditional approach in television of airing a new season each year, Westworld season two will premiere in 2018. 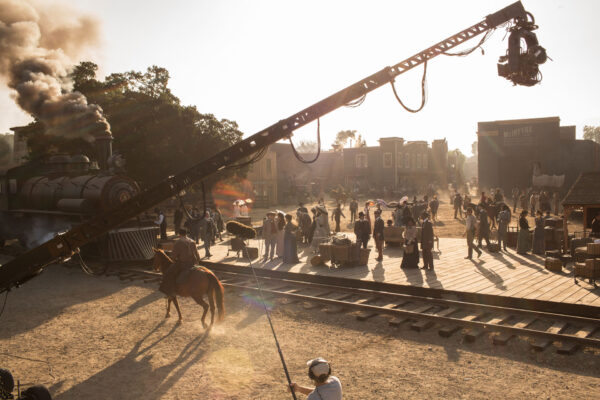 Regarding the production schedule, Westworld Creator Jonathan Nolan explains: “we won’t be on the air until 2018. We started that conversation with the network when were shooting episode two and we realised the complexity of trying to write and produce the show at the same time. We [Lisa Joy] both work in the movie business as well, and in the movie business the best that you can possibly hope for with a film franchise is to turn around another instalment in two or three years. So really on that schedule, we’re doing great.”

Based on Michael Crichton’s 1973 film of the same name, Westworld has become a commercial hit for HBO after the series premiere garnered an audience of 1.96 million people.

While portions of the first series were shot at Universal Studios, all on location scenes were filmed throughout the Western United States. Both California and Utah feature most prominently, having shot in Los Angeles, Santa Clarita and Moab.

The two states both employ tax credit incentives on filming. California offers a 20% rate to television series with a budget of USD1 million per episode, while Utah provides 25% on a USD1 million spend.

Arizona briefly features during a number of horse riding scenes, with the state being famous for its sprawling red deserts. In the time since hosting Westworld, Arizona has installed an official film commission and a new state-of-the-art studio in an effort to attract incoming productions.

While specific locations have yet to be determined for Westworld’s second season, Arizona’s improved infrastructure could entice the production to return to the state for a longer period of time. The state has also hosted a number of recent high-budget features including Transformers: The Last Knight and The Magnificent Seven.