The Polish Ministry of Culture and National Heritage has agreed to implement a cash rebate programme to stimulate Poland’s audiovisual industry. Stemming from a fund of EUR22 million, the 25% cash rebate will be available later this year.

The new incentive extends to co-productions, domestic and service productions. Only feature films, documentaries and high-end television series can receive the rebate. 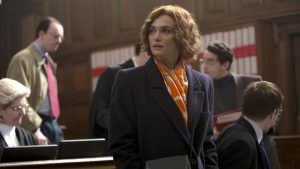 Details that have yet to be announced include the required minimum spend and per-project cap. What is apparent however is that projects will need to pass a cultural test to qualify and must have acquired 50% of their total funding prior to submitting an application.

Discussions took place throughout most of last year regarding the parameters of such an incentive, as key figures in Poland’s audiovisual industry sought to present the nation’s capabilities on a global scale.

Efforts to expand Poland’s global recognition included a familiarisation tour in September, hosted by Film Commission Poland. During the tour, six key Locations Managers from the US were shown a variety of locations in Warsaw, Łódź, Wrocław and Kraków.

Poland’s film industry has had a successful track record recently – not only are domestic box office sales at an all time high, but the country has also attracted a number of high budget productions including Steven Spielberg’s Bridge of Spies and Denial (pictured) starring Rachel Weisz.

The new rebate will put Poland in a better position to compete with neighbouring countries. Romania, Slovenia and Ukraine all announced their own incentive programmes throughout 2016.