Written by Tom Deehan on Jan 3, 2017. Posted in On Location / Production News

The BBC’s Death in Paradise will return this Thursday but with a new setting, foregoing the landscapes of Guadeloupe for London in a new two-part series premiere. During production, filming took place at the Bleeding Heart Bistro in Camden and on Aquinas Street in Lambeth. 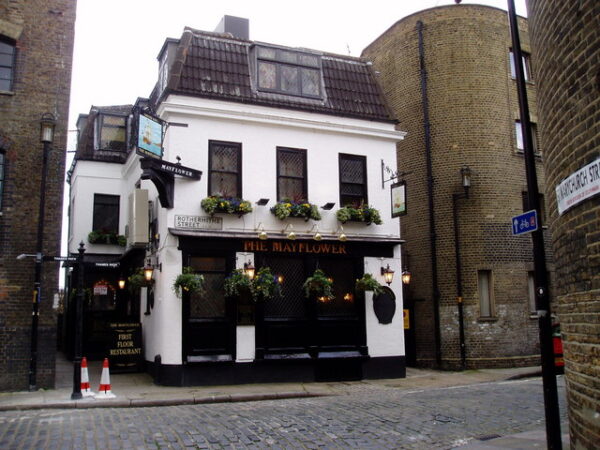 Forbidden Planet in Southwark was also transformed into a police station, while scenes were shot in the local Mayflower pub.

Karen Everett, Director of FilmFixer explains: “being in London we are used to a murder mystery or two – and it’s been a delight to know that even Death in Paradise couldn’t keep away forever. Given that we turn to the show for a splash of sunshine, I’m glad they shot during our summer – so these episodes won’t come as any kind of a chilly shock – aside from the murders themselves of course.”

Typically shot on the Caribbean island of Guadeloupe, Death in Paradise is a British-French co-production that has become one of the most popular shows on the BBC’s programming schedule. An average of 8.76 million people tuned in to watch the last series.

Starring Kris Marshall and Sally Bretton, the show depicts a British dectective who is sent to the fictional island of Saint Marie to investigate a murder, before being brought on full time as the local Detective Inspector.

High-end television shows can enjoy a 25% tax rebate when filming in the UK. Eligibility for the incentive is made available when a minimum spend of GBP1 million per broadcast hour is met.

Over the Christmas holiday, the BBC aired an adaptation of Agatha Christie’s The Witness for the Prosecution. The two-part special doubled Liverpool for London, with the former being a more preferable location for period projects.

The series six premiere of Death in Paradise will air this Thursday, 9pm on BBC One.