Written by Mathieu Delahousse on Jan 23, 2017. Posted in Contributors

Filming in Paris is not as easy as it may seem as the filming regulations in place are sometimes very different from those encountered in other major cities.It should be noted that the regulations in Paris are also different from those applied throughout the rest of France.  Furthermore, the methods of organising the film shoots need to comply with the current legislation in force and at the same time preserve the flexibility essential to French filming practices. 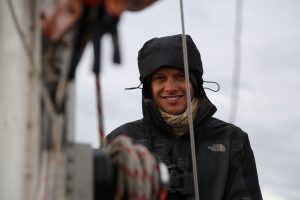 To obtain official permission to film in Paris, the production companies (and therefore the Location Managers) must apply to the different organisations managing the city. Once the locations have been chosen and approved by either the private owners or the public administrations, permissions have to be obtained from the city authorities.

Firstly, a request is sent to the central police force who judge whether the filming is compatible with the current level of security (special events, elections, reinforced security measures and such). A notification is then sent to the department controlling the city services to avoid conflict with scheduled operations, and/or to request their specific assistance (for example extension of lighting times for monuments or use of specific vehicles).

Finally, when these steps have been completed, daily parking permits must be obtained from the local police force and different regulations apply depending on the type of district involved:  touristic, residential, historical, etc. Subject to the scale of the film shoot, this process incurs additional production cost and preparation time. There are very few things that are impossible to do in Paris but it is imperative to anticipate sufficient time for the lengthy administrative procedures. 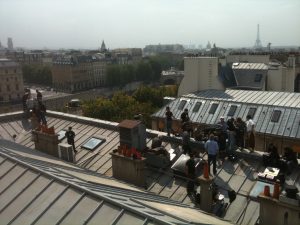 France’s filming methods differ somewhat from others.  The Director benefits from artistic status and is granted a unique level of power and freedom.  He is the conductor of the orchestra, the captain of the film on which the crew boards, but he is also a captain who can make either small or major changes to the schedule, depending on his artistic requirements.

Consequently, film shoot organisation, particularly in Paris, must be set up so as to maintain flexibility between official requests and the reality of the actual shooting schedule. As a Location Manager, I endeavour to obtain this flexibility from the authorities, so as to anticipate the risk that the Director’s need to change something on the shoot day (an action, a frame, a lighting source), ensuring it is possible to respond positively to specific artistic needs or to sudden unforeseen events.

Sufficient preparation time ensures that the crew can work serenely and are able to adapt to most events that might arise. 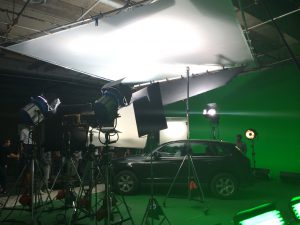 The Association of French Location Managers (A.F.R.), of which I am a member, works closely with the different authorities with the aim to help them adapt to the production company’s constraints and requirements, to simplify the application procedures and to assist as effectively as possible with the set up and running of the film shoots.

Filming in Paris is an exceptional experience, with countless options. With the development of new studio complexes, an increasing number of top-level equipment suppliers and the progress made to tax legislation for foreign productions, the French capital is intent on enhancing its role as a host to filmmakers and the seventh art.

Just remember that Paris is only a very small part of France, which is brimming with numerous locations of all kinds!