Written by Tom Deehan on Jan 25, 2017. Posted in General Interest

The Illinois Film Office has announced that roughly USD499 million was spent on film and TV production throughout the state in 2016. While a record breaking number in itself, the official statistics won't be released until spring 2017.

The previous record holder was USD358 million, amassed in 2013. Last year’s revenue represents a staggering 51% increase on the total production spend of 2015. 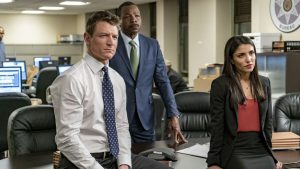 Illinois’ recent success is owed to popular television shows including FOX’s Empire and Chicago Justice (pictured), the latter of which is the newest show from renowned Producer, Dick Wolf. By filming entirely in Chicago, these shows have made huge contributions towards stimulating the local production industry.

A report issued from the Mayor’s office in September 2016 revealed that Chicago has accrued a total of USD1.3 billion from film and television over the last five years. Mark Kelly, the Chicago Cultural Affairs Commissioner noted: “we can say without question now, we are one of the great film production centres in the world.”

Productions shooting in the state can receive tax credits of up to 30% on eligible local expenditures. The programme was introduced in 2008 and has had a correlating effect on the increasing popularity of Illinois as a filming location.

Incentive programmes play a huge role in luring out-of-state projects in the US. Georgia’s 30% cash rebate for instance has attracted tent-pole features such as Spider-Man: Homecoming and Avengers: Infinity War.