Written by Tom Deehan on Jan 26, 2017. Posted in On Location / Production News

Marvel’s Inhumans are headed to Hawaii

Marvel’s upcoming adaptation of the Inhumans comic book series, with be shot in Oahu, Hawaii from March to June. The news was confirmed by Reel News Hawaii, who spotted members of the crew setting up production on the island.

Inhumans will be the third collaboration between Marvel and ABC, preceded by Agents of S.H.I.E.L.D. and Agent Carter. A fourth series entitled Damage Control, is also in development. 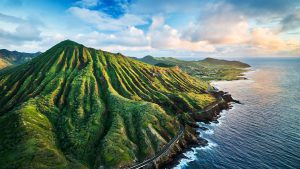 The decision to film in Hawaii marks a notable departure from the typically used locations on previous Marvel projects. The various Netflix produced Marvel programmes have been filmed almost entirely in New York, while Los Angeles has remained the backdrop all ABC series to date.

Hawaii is a consistently popular location for high-budget American productions. The 50th state recently hosted Kong: Skull Island and will soon cater to the sequel of the highly successful Jurassic World.

Productions shooting in Hawaii can access tax credits of up to 25% when a minimum spend of USD200,000 is met. The per-project cap is currently set at USD15 million.

Production on Inhumans was initially announced in October 2014, when the project was intended to be a feature film. Originally slated for a 2019 release date, the film was removed from Marvel’s launch line-up, only to be later reimagined as a TV series.

The first two episodes of the series will be shot entirely with IMAX digital cameras and will be screened in IMAX cinemas to showcase the technology. The remaining episodes will only utilise IMAX cameras during large scale action segments.

Inhumans is scheduled to premiere September 4th 2017, as an eight part series.