Written by Tom Deehan on Jan 4, 2017. Posted in On Location / Production News

A new commercial for LU biscuits features a number of Parisian landmarks including the Eiffel Tower and the Arc de Triomphe. Serviced by Nicocorp, the spot was largely filmed at two locations: a bakery in the fourteenth district of Paris and a local apartment which was used to double for one in China. 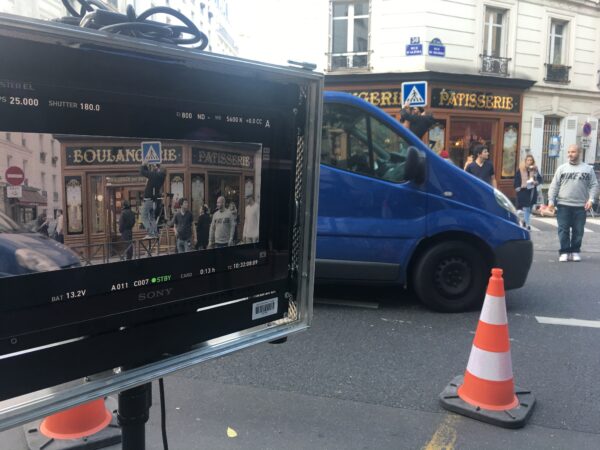 In detailing the shoot, Nicocorp Executive Producer, Nicolas Bétrancourt explains: “everything was filmed in Paris over two days, one was spent shooting the bakery and rolling scenes and the other for the apartment scene. The challenge was to find two flats close to each other, one for the Chinese scene and another for the Parisian one.”

The bakery showcases classic French decor that can be difficult to find elsewhere. Nicocorp’s previous work includes spots for Netflix and UEFA, both of which were also shot in Paris.

While France’s film incentive programme is prohibited for commercials productions, the country is still a highly popular place for filming. The iconic areas of Paris make it an instantly recognisable on-screen location.

Film and television projects hoping to earn the 30% rebate must incur a minimum spend of EUR250,000 of 50% of the overall budget in the country.

A similar on-the-street style of filming can also be found in Flatpack Films’ new spot for Hyundai’s Genesis G80. The commercial uses locations throughout Budapest to convey a stylised theme in accordance with the car.

Pub : LU - Love U from Fabien Faure on Vimeo.