Written by Tom Deehan on Jan 20, 2017. Posted in General Interest

Production companies clash with the IPA over accusations of bid-rigging

UK-based production companies have issued an open letter in response to the Institute of Practitioners in Advertising’s take on the current probe into potential big-rigging on the part of advertising agencies.

The US Department of Justice is investigating whether agencies knowingly rigged the bidding system to favour their in-house production departments over independent companies, sparking a wider debate in the process. 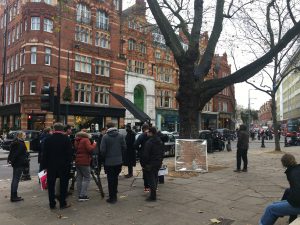 In their initial open letter, the IPA was critical of any unlawful practices but noted: “agencies are entitled to provide in-house production work and should be free to do so. Any agency considering pitching for a piece of production work should make its intentions known to any third party it has invited to pitch as well.”

The IPA has come under scrutiny for their remarks, with a second letter penned by Bare, HunkyDory, MJZ and other production companies explaining: “it can’t be seriously suggested that an agency that wants its in-house production company to do the work is going to bid more than the independent bids it has seen. Even with the best of intentions, the process will be rigged against us and we don’t want to be part of it.”

The letter echoes the sentiments expressed by the Advertising Producers Association’s Chief Executive, Steve Davies, wherein agencies should be unable to accept outside bids if their own production team are considering the same project.