Written by Tom Deehan on Jan 27, 2017. Posted in General Interest

During the 2015-16 financial year, production activity in Queensland brought an inward investment of AUD203 million to the state. This isn’t to speak of the AUD26 million that was brought in by domestic productions alone from July 2016 onward. 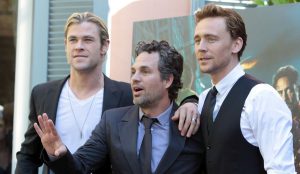 She continues: “there were 3,154 direct jobs created by productions supported through Screen Queensland investment. My Government has invested AUD30 million funding over a four-year period (until 30 June 2019) to drive growth and attract large-scale film and high-end television productions. This commitment demonstrates our strong focus to build a successful screen sector, generating jobs and boosting the economy.”

Adding to the list of aforementioned productions, Pacific Rim: Uprising (previously Maelstrom) was shot in Brisbane and the Gold Coast in November after spending time in Sydney. The production hired 270 Queensland crew members during its stay.

Queensland’s success is only expected to continue with production on DC’s Aquaman set to begin in early 2017. The Australian state was able to lure the project with a bespoke incentive package, providing around 600 new jobs for local labour in return.

International feature films and television shows that incur a minimum spend of AUD15 million whilst filming in Australia can receive a 16.5% tax offset. The incentive has been criticised by Premier Palaszczuk in the past for not being competitive in comparison to similar programmes offered worldwide.