After officially being announced at the 2016 Cannes Film Festival, Thailand’s cash rebate incentive is now accessible to the public. Feature films and television shows shooting in Thailand from January 2017 onwards can now receive a 20% cash rebate on qualifying expenditures.

At its core, the base incentive will be comprised of a 15% rebate, allowing separate uplifts of both 3% and 2% to productions that hire local talent/labour and promote Thailand as a tourist destination. 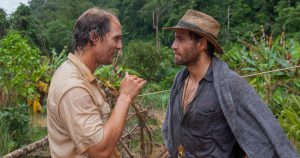 A minimum of THB50 million (USD1.4 million) must be spent in order to qualify for the scheme, which has a per-project payout of THB75 million (USD2.17 million). Commercial productions are ineligible to apply for the programme.

When the incentive was initially unveiled, Thailand’s Minister of Tourism and Sports, Kobkarn Wattanavrangkul explained: “we’ve been working very hard to come up with this scheme and we hope you’ll look at Thailand in a new light. We’re committed to making our country a dream destination for everybody.”

Thailand’s incentive will put the country in direct competition with Malaysia’s already established 30% cash rebate programme. As the only country in Southeast Asia with a dedicated filming incentive, Malaysia has enjoyed undisputed success in the past.

With a competitive incentive in tow, Thailand will now hold a greater appeal to foreign productions. Previous films to have shot in the country include Gold (pictured) starring Matthew McConaughey and action-sequel, Kickboxer Retaliation.