Written by Tom Deehan on Jan 19, 2017. Posted in General Interest

Fiona Francombe, Site Director of the Bristol-based Bottle Yard Studios, has joined the Board of The Production Guild of Great Britain. With experience of working with the production industry in the Southwest of England, Francombe will be tasked with expanding the Production Guild’s network outside of London.

Guy Barker, Chair of The Production Guild explains: “I'm delighted to welcome Fiona to the Board. Her knowledge and experience, of working in TV drama production in location management, line production and more recently of founding and running a fast-growing successful studio in Bristol, gives her excellent understanding of our members’ needs, especially those working in the regions. She will be a huge asset and her skills will greatly complement those of the rest of the Board.” 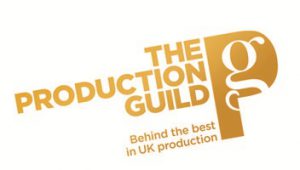 Detailing her appointment to the Board, Francombe adds: “having been a member of The Production Guild for over 16 years, I feel honoured to have joined its Board. The excellent work it undertakes to guide, inform and train those working in production cannot be underestimated. As levels of production continue to go from strength to strength outside London, particularly for high-end TV drama, I look forward to lending my voice from a regional standpoint to help The Production Guild shape its priorities to ensure it meets the needs of members working all around the UK.”

Prior to her time at The Bottle Yard Studios, Francombe worked for 14 years as a Location Manager and Freelance Line Producer. Since assuming her current role as Site Director, Francombe has been responsible for a number of high profile projects including Sherlock, Poldark and Wolf Hall.

The Production Guild plays a key role in assisting both experienced and amateur professionals within the UK’s production industry. Frequent seminars held by the Guild that cover a number of topics, ranging from film finance to working as a Location Manager.

Film and television production is supported by a 25% tax rebate in the UK. TV shows must spend a minimum of GBP1 million per broadcast to qualify, while feature films need only spend 10% of their budget locally.