Written by Tom Deehan on Feb 13, 2017. Posted in General Interest

The BBC has announced that all of its television output will now be monitored by the Albert carbon calculator to improve sustainability measures during production. Initially created by the BBC, Albert’s sustainability methods have been adopted by companies including Channel 4, Warner Bros. and Sky. 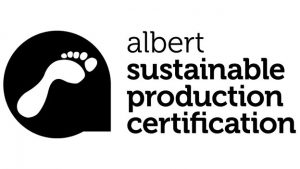 Charlotte Moore, the BBC Director of Content explains: “the BBC is an industry leader in sustainable television production, and the Albert scheme has played a large part in that. Making the calculator mandatory is a practical way to help production teams reduce their impact on the environment and to embed sustainable production values in all our shows.”

The new policy will come into effect from April 3rd onwards, as showrunners will be required to submit official documentation to show compliance with Albert’s guidelines.

Max Rumney, Deputy CEO of Pact, adds: “Pact members understand the importance of transitioning their productions to environmental sustainability and welcome the BBC’s commitment to this goal by making the use of the Albert production calculator mandatory.”

With the average global temperature rising, productions are more eager than ever to reduce their impact on the environment. The Bottle Yard Studios in Bristol recently employed a wealth of sustainability measures during production on Sky 1’s Trollied.

Industry-wide progress is still slow however, as Jo Coombes, Founder of AdGreen explains to TLG: “there's quite a disparity between TV, film and advertising - the former two are more aware of their footprint, they have more tools for carbon calculation. In advertising, the tools don't exist yet so the industry hasn't changed.”