Written by Malcolm Scerri-Ferrante on Feb 23, 2017. Posted in Contributors

16 years after the first Government announcement of a National Film Policy, a serious attempt at creating one is finally underway. Malcolm Scerri-Ferrante writes about how the financial incentives for foreign producers and the engagement of local crews may be affected by new policies. 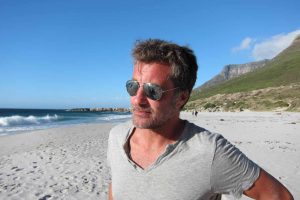 The frequency of international filming in Malta has increased tenfold over the last two decades, with a noticeable climb starting around 10 years ago, after a cash rebate was introduced. The local servicing industry has also seen substantial growth but the lack of a serious national film policy led to this industry being unable to keep up with the huge influx of productions.

Over the past decade, several production service companies have been registered but the number of local crews have not increased fast enough. Equipment houses and specialised film related rental companies are also limited despite the growing popularity of the island as an international film destination.

The lack of local crew or the 'clashing' of international productions - depending on how you may look at it - is indeed a serious problem that needs urgent attention. With that said, orchestrating productions to reach the island's shores in a back-to-back fashion is of course an impossible feat.

When evaluating the qualified expenditure for an EU country’s rebate, EU policies discourage discrimination between citizens from different EU countries. However, Malta quite understandably prefers to rebate cash to Producers utilising Maltese or local residents rather than EU crew members who do not reside in Malta, even if foreign crew members enable the economy to benefit from more accommodation, per diem and travel expenses. 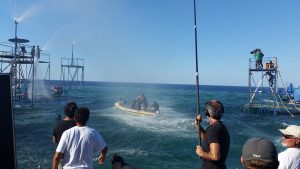 A national film policy, the first of its kind in the country, hopes to tackle this issue and several others. In short, Malta's priority - and no small challenge at that - is to increase the local crew base and fast-track training opportunities whilst continuing to attract enough international work so that local crew members can finally sustain a full-time career.

With this in mind, the Government intends to revise the financial incentives in order to give producers a greater incentive when hiring more Maltese both in front of and behind the camera. It is reported that this strategy is to be implemented through the cultural test that calculates the percentage of the rebate given to Producers.

Malta's new film policy is also expected to regulate employment in the film industry. For decades, crews have enjoyed the option to work as freelancers or as employees. Producers likewise are free to choose according to existing legislation as applied for all other industries. There are some concerns to be addressed here however.

Firstly, Malta's publicly funded recruiting and employment authority - the Employment & Training Corporation (ETC) - has never updated its computer software with titles of film crew positions and the nature of the film industry is not catered for within its existing regulations. Secondly, local crews are not organised enough to form an association which can establish certain conditions or principles in regards to overtime, turnaround, rates etc. 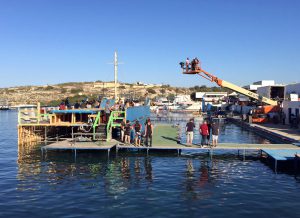 Thirdly, the national Government wishes to see local film crews working on a payroll rather than by invoice, as freelancers do as self-employed citizens, since the latter involves withholding taxes and social security payments. Payroll is a surer way of ensuring all dues are received into the Government's coffers and reduces the need of inspections.

The ETC indeed must finally recognise the film industry in its regulations and concessions. There is no doubt about the urgent need for this but the matter of recognising sick leave and employment bonuses is a tricky issue. There are many developed film industries around the world which do not make it obligatory for producers to pay such fringe benefits. If government were to impose such restrictions on international producers it risks increasing crew costs.

An alternative and simple solution is for crew hiring guidelines to be decided amongst all, perhaps through the Malta Film Commission until the crew base is willing to organise itself formally and professionally. Such guidelines can establish turnaround penalties and minimum pay rates according to the scale of the production. They should also include such obligations as health & safety measures present on construction sites and on set.

Also, through the government-appointed audit that is conducted for every cash rebate to Producers, crew invoices can be selected sporadically for inspection in order to solve any concerns about tax evasion. 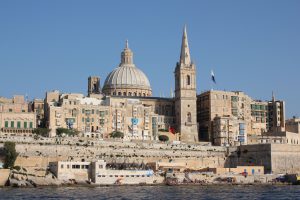 For those productions filming for a considerable length of time and not only for a few weeks, a payroll system would be an efficient method that ticks all the boxes for all interested parties. Rather than remove existing options and make the film industry more restrictive than other industries however, Malta can entice more locals to train and work in the industry and to choose the payroll system by offering a tax incentive.

The parameters of such an incentive could be a special final withholding tax rate which would start at 10% and later be increased to 15% once the industry manages to stand up on its feet. A similar plan was recently suggested in a consultation session held last month and it is hopefully being given serious consideration during this important and much needed policy-making process.