Written by Tom Deehan on Feb 28, 2017. Posted in General Interest

The fourth iteration of Craftworks, hosted by David Reviews and the Advertising Producers Association, saw a number of industry experts take to the stage including the creative teams behind the recent Bupa commercial and an unaired spot for BBC Radio 1.

Held at the LSE Student Union, Craftworks is a monthly event that celebrates the work of creatives throughout all areas of production. Craftworks initially debuted at the 2017 FOCUS event in London. 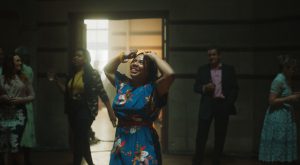 Bupa’s simplistically elegant commercial about a woman finding her confidence after overcoming an illness, has struck a chord with viewers. The creative team behind the spot explained that their initial intention was to feature a more upbeat musical number and to have actress Suzann McLean “dance like Beyoncé”.

The spot was filmed by the award winning Director, Martin de Thurah, and handled by WCRS – a London based advertising agency.

This month’s Crossover Club brought Director and Producer, Daniel Gordon to the stage to discuss his unique style of documentary filmmaking.

Citing his two most recent projects (George Best: All By Himself and Hillsborough), Gordon explained his attempts to include all sides of an argument without conforming to a single opinion, providing his audience with the opportunity to make up their own minds about the topic at hand.

Gordon is represented by 2AM, a London based production company that specialises in commercials.

Currently in the funding stage, The Wayback is an innovative project that aims to use VR technology to help those who live with Alzheimer’s disease. The initiative aims to recreate historical set pieces on film, allowing patients to reconnect with their past by experiencing the content on a VR headset. 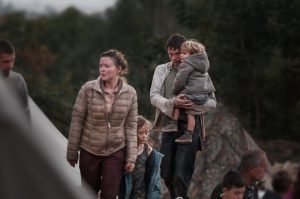 Recently winning the BAFTA for Best Short Film, Home presents an intriguing story that subverts cultural perceptions regarding the current refugee crisis. During the panel, the creative team noted that Home was shot in Enfield and Kosovo.

The Kosovarian Goverment assisted the production during its shoot, going as far as to provide military tanks for a number of scenes.

Radio 1’s spectacular commercial was at the centre of this month’s reunion, infamous for having never been screened on television. External scandals and layoffs at fellow broadcasting companies delayed the lavish commercial a number of times, until it was simply too dated to air.

The commercial, which can now be viewed online, what shot over a period of four days at Pinewood Studios while post-production work was supplied by The Mill.

For information on the next Craftworks event, click here.