Written by Tom Deehan on Feb 8, 2017. Posted in General Interest

The Florida House Careers & Competition Subcommittee will convene today at 1pm EST to discuss dismantling a number of organisations including the Florida Film and Entertainment Office. Similar organisations on the chopping block are Enterprise Florida and VISIT Florida.

In response to the widespread dismantling of Florida’s film and tourism industry, the Florida Chamber of Commerce has issued a call to action, asking people to implore the legislators to vote against the bill. 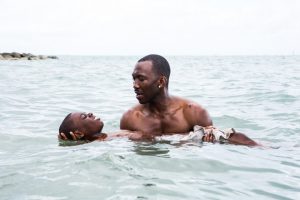 The opposition have argued that without a dedicated film office, Producers might perceive Florida as an unfriendly location for filming. Taxes are also expected to rise to compensate for any downturn in Florida’s tourism industry.

Florida’s production industry has struggled since the local film incentive was left to expire last year. Producers have since sought out more cost-effective locations such as Georgia and California, decreasing the level of production activity significantly.

One of Florida’s staple productions, HBO’s Ballers, recently left the state to film its third season in Los Angeles.

If the legislation passes, it will become increasingly difficult for the state to attract international productions unless they are set on using authentic Floridian locations.

The process of doubling locations is a popular method for production companies to maximise their bottom line. The Nice Guys, starring Ryan Gosling and Russell Crowe, found most of its 1970s Los Angeles setting in the state of Georgia.