Written by Tom Deehan on Feb 22, 2017. Posted in General Interest

ITV to close London studios after 40+ years of operation

ITV have announced that their London-based film studio, which has hosted television content for over 40 years, is set to close. The South Bank building, which also serves as ITV’s headquarters, will be redeveloped to expand its capabilities as an office while removing the studio space entirely.

Speaking to staff, ITV’s Chief Executive, Adam Crozier explained: “we’ve given very careful consideration to what our plans mean for the London Studios (TLS), which would require significant investment to replicate within our proposed South Bank redevelopment.” 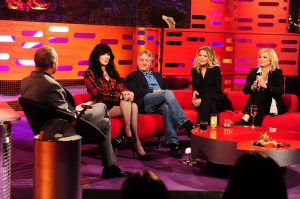 He continued: “looking ahead, we believe that this investment would not be core to the strategic priorities of the ITV Studios business and so we’re proposing to close TLS and use studio capacity in the external market to meet our future business needs.”

First constructed in 1972, the South Bank studio has been utilised by all major British television broadcasters, hosting such programmes as Have I Got News for You and The Graham Norton Show (pictured).

While there’s no word yet on where ITV plans to film its future productions, roughly 140 jobs are expected to be lost as a result of the redevelopment.

Despite its recent successes, the UK production industry has struggled with limited studio space amidst increasing demand. Popular filming spaces such as Pinewood Studios and The Bottle Yard Studios are both undergoing expansion work to cater to more productions.

Feature films and high-end television series can receive a 25% tax rebate upon filming in the UK. In the case of television content, a minimum of GBP1 million per broadcast hour must be spent to qualify, while feature films need only spend 10% of their budget locally.