Written by Tom Deehan on Feb 2, 2017. Posted in General Interest

Kelowna, British Columbia will soon have its own dedicated film studio after the local city council okayed the initiative. The new facility will be run by Eagle Creek Studios, whose current premises are based in Burnaby.

The studio will span 21,000 square feet and include a soundstage and a number of offices. A plot of land near Kelowna international airport has been designated as the development site. 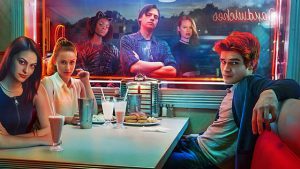 Victoria Weller of the Thompson-Nicola Film Commission explains: “we have a lot of exterior work done here, particularly in the spring and fall; but that depends on the script. But in order to qualify for the distant regional tax credit, more than 50% of the production must be filmed in the regions. Often productions limit their days shooting in the regions because the majority of the film needs to take place in a studio. B.C. studios are primarily based in Vancouver and Burnaby.”

British Columbia offers a 28% tax credit as base incentive for productions that film in the province. An additional 6% can be claimed however when locations outside of Vancouver are utilised. The Humanity Bureau starring Nicolas Cage is one such production to recently access the extended incentive.

Mayor Colin Basran adds: “this will be the missing link we have been looking for. This studio will have a huge impact in our film industry and in future productions coming to Kelowna.”