Written by Tom Deehan on Feb 7, 2017. Posted in General Interest

Malta Film Commission has unveiled plans for new legislation that will apply significant changes to the local production industry. One of the bill’s most notable aspects, the introduction of a skill-based film register, will require local servicing companies to publically assess their skill level.

Film Commissioner, Engelbert Grech details: “the film commission will be working with various entities, mainly the National Commission for Further and Higher Education to establish a professional and fair mechanism. Specific criteria will be set that will take into consideration qualifications and experience of each applicant." 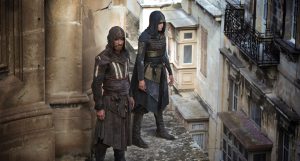 The register could inspire competition between local service companies but would likely prove useful for international projects looking to hire local talent.

International productions hoping to access Malta’s 25% cash rebate incentive must first pass a cultural test. Under the new legislation, this cultural test will be altered to favour productions that utilise larger amounts of local crew, in an effort to expand Malta’s labour force.

The local production industry will also benefit from a financial boost, increasing the Malta Film Fund’s annual allowance from EUR50,000 to EUR300,000.

While the legislation still needs to be scrutinised by Government officials, the Malta Film Commission hopes to have the changes implemented before the end of 2017. This legislation is part of a continued effort to develop Malta’s local production industry, after the country introduced an incredible 150% tax deduction in early 2016 for regional projects.

With a financial incentive in tow and the ability to double for a range of locations, Malta has become a popular production hub among international Producers. The country’s list of recent productions includes the videogame to movie adaptation, Assassin’s Creed (pictured), and the upcoming remake of Papillon.