Written by Tom Deehan on Feb 9, 2017. Posted in General Interest

New state of the art post-production facility inbound for Ontario

Canadore College, Ontario will soon have a state of the art post-production house that can be used by both attending students and professionals alike. At 5,588 square feet, the facility will be the first of its kind to carry the Dolby Premiere Studio certification in Canada.

Yura Monestime, Associate Dean of Media, Design and Dramatic Arts states: “it will give students that experiential learning opportunity to work beside professionals and use the facility to learn the craft. It will also allow Northern Ontario, finally to have a place to finish movies and TV projects. It goes to show the quality of our industry partners we’re bringing in.” 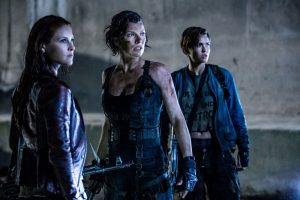 CAD500,000 will be donated by the local government to aid the college with construction costs. The Northern Ontario Heritage Fund Corporation will also make a contribution of just over CAD375,000. The total cost of the facility is estimated to be CAD2 million.

Monestime continues: “this will put us up there. As we speak it’s the only educational facility with this tech in Canada. Not only have local filmmakers had to go down south and pay huge rates to edit their films, but also productions from down south who have come to shoot have had to leave because there has been no facility like it up North.”

Ontario’s 35% tax credit incentive has stimulated a thriving production community within the province. High-budget features such as Suicide Squad and Resident Evil: The Final Chapter (pictured) have tapped into the programme.

The province also employs an 18% tax credit incentive on post-production work, which will no doubt inspire Producers to utilise the new facility upon its completion.

Construction of the facility is expected to run until September 2017.