The California Film Commission has recently distributed USD100 million in tax credits across 22 different projects, one of which received USD22.4 million, the largest payout to date. Paramount Pictures received the record-breaking sum for an untitled feature film. 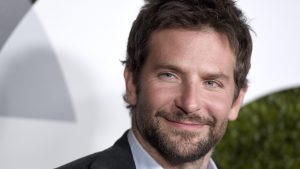 Other projects include Universal Studios’ Marwencol and Lionsgate’s Plus One, which received USD8 million and USD2.3 million respectively.

The California Film Commission Executive Director, Amy Lemisch states: “thanks to the expanded tax credit program we’re now on a path to win more and more battles in the fight against runaway production. Welcoming another big-budget feature and creating jobs across the state are great news for California.”

The allocation of larger tax credits is now possible thanks to the changes made to California’s incentive programme in 2015. Productions with budgets over USD75 million are now eligible to qualify and the scheme’s annual fund was increased from USD100 million to USD330 million.

The current iteration of the incentive has allowed California to curb the number of films heading to other states in search of a better financial deal. Disney’s upcoming science-fiction film, A Wrinkle in Time, received a tax credit of USD18.1 million after shooting in November. Scenes were shot in Los Angeles and New Zealand on a budget of USD108 million.