The film is being produced by PalmStar Media, Animus Films and Serena Films, with additional funding provided by Windy Hill Pictures. 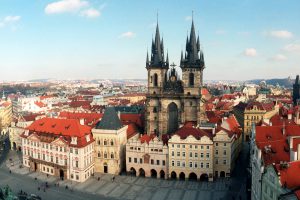 Mostly set during the Second World War, The Catcher Was a Spy will tell the true story of Moe Berg who spent his early years as a professional baseball player, only to later become a spy for the US Government. Dowidoff’s book was a commercial success, spending seven weeks on the New York Times Bestseller list.

Paul Rudd will star as Berg himself, alongside Guy Pearce, Paul Giamatti and Jeff Daniels. Following The Catcher Was a Spy, Rudd will reprise his role as Marvel’s Ant-Man in both Avengers: Infinity War and Ant-Man and the Wasp.

Feature films shooting in the Czech Republic can benefit from a 20% rebate when a local minimum spend of EUR555,000 is met. The required spend changes to EUR72,000 and EUR296,000 for documentaries and televisions shows respectively.

The incentive was expanded in 2015 to remove the yearly cap, allowing the country to better accommodate for high-budget projects. The BBC’s adventure series, The Musketeers filmed exclusively in the Czech Republic until the show came to an end in 2016.