Written by Tom Deehan on Feb 2, 2017. Posted in On Location / Production News

Production has commenced on Paul Thomas Anderson’s latest film, with scenes being shot in Lythe, North Yorkshire. The current untitled film marks Anderson’s first project since 2014’s Inherent Vice and the first time that the Director has worked with Daniel Day-Lewis since There Will Be Blood.

With an estimated budget of USD35 million, the project is the first of its kind to film in Lythe, which has largely been overlooked by both domestic and international productions. Scenes have also been shot in Staithes and Robin Hood’s Bay. 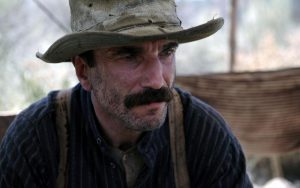 Little is known about the film, other than that it will be set in the 1950’s fashion industry and will star Lesley Manville, Richard Graham and Vicky Krieps alongside Day-Lewis himself.

Anderson and Day-Lewis’s last collaborative effort, There Will Be Blood (pictured), was both a commercial and critical success. The film won two Academy Awards from a total of eight nominations.

Yorkshire as a whole has proven to be a popular filming location. ITV’s period drama, Victoria was filmed largely within the county, while Michael Bay’s Transformers: The Last Knight shot on location in Rievaulx Abbey.

Feature films of any size are eligible to receive a tax rebate of 25% after filming in the UK. To qualify for the scheme, productions must spend at least 10% of their budget locally and pass a cultural test.

Yorkshire’s production industry has greatly expanded ever since receiving a GBP127,000 investment from the BFI in early 2016. Projects filming in the county can receive an extra incentive via the Yorkshire Content Fund, which can supply an investment of up to USD500,000.