Written by Tom Deehan on Feb 15, 2017. Posted in General Interest

Hrvoje Hribar has resigned from his post as Head of the Croatian Audiovisual Centre (HAVC), sparking concerns about the future of the country’s film incentive in the current political climate.

According to Hribar, his resignation is a response to an audit report that implies a misconduct of finances on the part of HAVC. Speaking to The Hollywood Reporter, Hribar states: “there has been no reaction from the Government to these events, which is threatening. And there is no money left in the state budget for 2017 as far as incentives are concerned.” 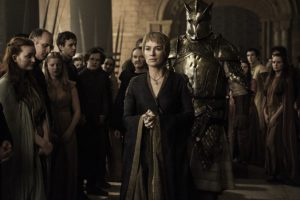 The audit was issued by Minister of Culture, Zlatko Hasanbegovic, prior to his departure from the role in October 2016. Hribar claims that the audit was reactionary, on the part of Croatia’s right-wing Government, to a controversial documentary (15 Minutes – The Dvor Massacre) having received funding through the rebate.

Hribar adds: “it was a trigger for right-wing demands to dismantle an institution they claimed was not funding enough patriotic films.”

The Croatian Producers Association and Croatian Directors Guild have also voiced their concern that the Government might seek to dissolve the HAVC entirely and assume its responsibilities. If true, this could result in additional red tape where content is concerned.

Croatia’s 20% cash rebate is available to feature films, documentaries, animated films and television series. The required minimum spend varies between productions types but all applicants are expected to pass a cultural test, similar to the one conducted as part of the UK incentive programme.

The incentive has allowed Croatia to attract a variety of high-profile productions including Star Wars: The Last Jedi and HBO’s Game of Thrones, both of which were filmed in Dubrovnik.