Written by Tom Deehan on Feb 22, 2017. Posted in On Location / Production News

Twentyfour Seven’s latest commercial for BMW's M4 series of cars has been shot on location in Lisbon. By attaching a camera rig to the front of the car, the commercial provides a unique perspective as stunts are performed throughout the various locations. 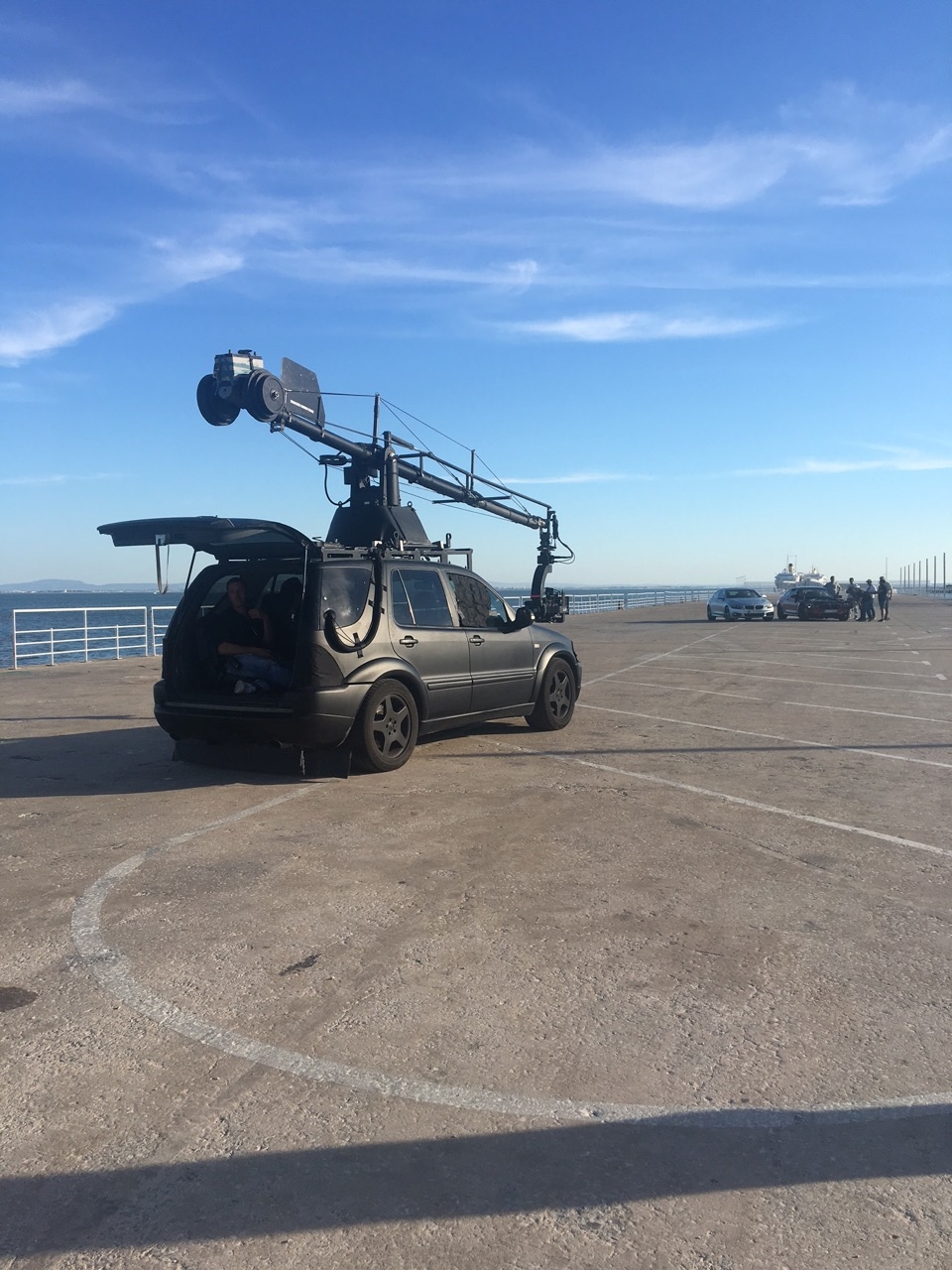 Gordon Mackinnon, Senior Executive Producer at Twentyfour Seven explains: “we shot BMW over a three day period in Lisbon. There were many challenges from the outset given that the hero car was confidential and there were security measures which had to be taken into account. This was coupled with the fact that the whole concept was base on aggressive stunt driving and drifting in city streets, making for not the most discrete presence.”

“Locations were chosen based on a modern aesthetic brief and their controllability for stunt driving. The EXPO area of Lisbon was extremely useful in this sense with its wide modern streets and roundabouts which were perfect for the kind of chase scenes we wanted to create, whilst emblematic buildings such as Calatrava´s Oriente Station made fantastic backdrops.

Twentyfour Seven’s previous work includes a spot for Haig whiskey, which was filmed in both London and Barcelona.

He continues: “the Director, Henrik Hansen, was looking for urban locations, tunnels, bridges and underpasses for cat and mouse situations. We were lucky enough to be the first production company to be granted a complete lock-off of the Marques de Pombal tunnel, and our locations department also closed the Santarem Bridge so we could drive nose to nose with the shooting car travelling backwards and likewise on the coastal road at Guincho.”

Portugal will soon introduce its own film incentive programme, allowing it to compete with neighbouring production hubs. Available only to feature films, the incentive will provide up a rebate of up to 25% on a minimum local spend of EUR1 million.

DIRECTED BY M from TWENTYFOURSEVEN on Vimeo.