Written by Tom Deehan on Mar 15, 2017. Posted in On Location / Production News 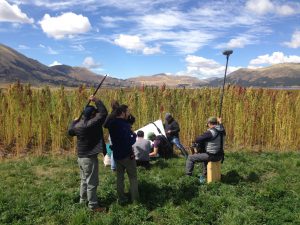 Chef’s Table is notable for its highly stylised aesthetic and depiction of restaurants from all around the world. Previous seasons have travelled to Thailand, Slovenia, Mexico and Australia.

Detailing the production’s stint in Peru, Bruno Canale, Executive Producer of APU states: “the main challenge that we had to overcome was that, in comparison to other episodes, we had to cover a big range of landscapes and altitudes. Together with that, even if we had a 10 day shoot, more than half of that went to shoot inside the restaurant. Chef's Table is big on photography so the shoot wasn’t as fast as other documentary filming styles."

Prior to Chef’s Table, APU Productions recently serviced a photo shoot for Sundance’s Spring 2017 catalogue, featuring locations in the city of Cusco. 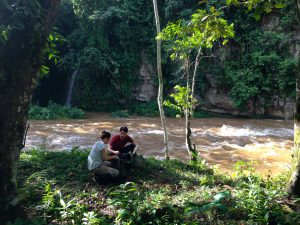 Canale continues: “also, Central's menu is based on altitudes so it ranges with produce from under the sea, all the way to 4500m above us. As a result, we had to travel from Lima (coast) to Tarapoto (jungle), back to Lima to shoot restaurant scenes and at the end we went to Cusco to shoot all the mountain scenes. We also had to change the restaurant’s yellow lighting from a white light, giving life to the atmosphere of the kitchen.”

Notable for having one of the most varied topographies in South America, Peru offers a great deal of location variety to meet all production types. Without a financial incentive however, the country has yet to achieve a consistent level of popularity with international clients.

The country has had better luck with enticing documentary projects such as When Two Worlds Collide and Human.