Written by Cona Casares on Mar 21, 2017. Posted in Contributors

Argentina: a world of filming locations in South America

In the last fifteen years, Argentina has become a favourite destination for commercials, photo shoots and feature films. It is renowned for its ability to offer a wide range of locations, as depicted in films and television shows that have shot in the country in recent years. 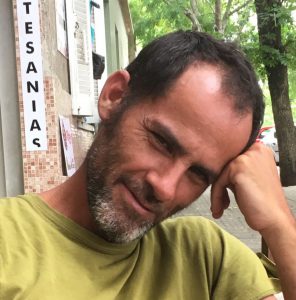 Argentina is the second largest country in Latin America, separated from Chile to the west by the long spine of the Andes. Its landscape is extremely varied, with the top sub-tropical and sun-baked, and its sub-Antartic bottom tip glistening with icy waters and glaciers.

The country’s climate ranges from the great heat and extensive rains of Chaco in the north, to the pleasant climate of the central Pampas, and the sub-Antartic cold of the Patagonian Sea in the south. The main central area is temperate, but can be very hot and humid during the summer (December to February) and chilly in the winter.

With a wide variety of locations, Argentina can provide exactly what you’re looking for – from deserted areas in Jujuy to sub-tropical rain forests in the Iguazu Falls area, or a modern and classical city like Buenos Aires and the majestic mountains that are part of the Andes, just to name a few. 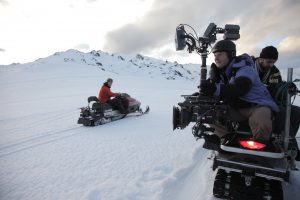 Regarding the acquisition of shoot permits in Buenos Aires, the capital city has a simple and non-expensive system. The rest of the country also follows the same simplicity. If a production wants to shoot in a National Park, then the processing time will be extended, but not by much.

The most prolific production to film in Argentina recently was the Academy Award winning The Revenant, from Mexican director Alejandro Gonzalez Iñarritu. The production decided to continue the shoot the film’s final scenes in Ushuaia, due to a lack of snow in Canada.

Emma Watson starred in the German action film The Colony, with Buenos Aires doubling for Chile and New York. Focus, starring Will Smith, was shot in the neighborhood of La Boca – the more touristy side of Buenos Aires – featuring busy bazaars and tango spots as well as San Telmo, Chacabuco Park and San Martín Park. 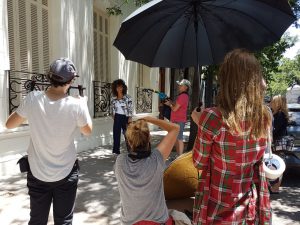 The crews in Argentina are very professional with more than 20 years of experience in the field. Technicians are very punctual and friendly, with most of them residing in Buenos Aires. If the shoot happens in the smaller provinces, then it is possible to hire a small part of the crew locally.

Argentina is a particularly film friendly nation, meaning that you’ll always be in for a swift, successful shoot if you choose to film here. The local crew base is adept at problem solving, allowing even the most extravagant of requests to be met with proficiency.

Cona Casares is the Executive Producer of Mondo, an Argentinian production service company with experience in feature films, photo shoots and commercials productions.