Written by Tom Deehan on Mar 20, 2017. Posted in General Interest

Quebec City has opened its first dedicated motion capture studio, under the name of MOOV. Launched as a division of Squeeze Studio Animation, the new facility will allow Quebec to attract high-end video game productions that rely heavily on motion capture technology.

Squeeze’s President and Co-founder, Denis Doré states: “during our first five years, Squeeze has developed a renowned expertise in keyframe animation. Our team is appreciated for its unique talent to bring cartoony characters to life. With the motion capture technology, MOOV makes it possible for us to reach the same level of excellence with realistic animation." 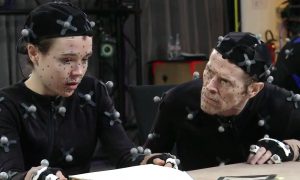 Up to 10 new jobs are expected to emerge from MOOV, which could inspire local lawmakers to expand the province’s incentive programme to accommodate video game productions. The division will be headed by David Massicotte, who has worked in both the film and video game sectors.

Massicotte adds: “with MOOV, we are truly pushing the acting and the technology to produce the most realistic 3D animations. We are currently building a team of very talented artists, with strong backgrounds in film and video games. These experts will be working with the most advanced technology to deliver bigger than life character performances.”

Motion capture is also becoming an increasingly popular tool in film production. Recent projects to have used the technology include Marvel’s Doctor Strange and Disney’s Beauty and the Beast.

Quebec currently provides up to 20% cash back for eligible productions, with no cap on the amount that can be claimed per-project. An additional 16% is available if a film or television programme utilises local post-production facilities.