The German Federal Film Fund (DFFF) will receive an increased investment of 55% in 2018, bringing the fund’s total reserve to EUR150 million. The additional EUR50 million will change the parameters of next year’s fund, allocating EUR75 million to high-budget international films and EUR25 million to culturally significant domestic projects.

The increase was confirmed at the German Film Awards by Culture Secretary, Monika Grütters, who has previously expressed her intent to also increase funding for local VFX companies. 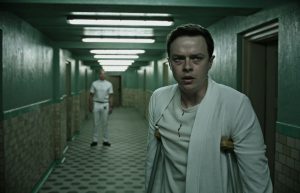 By increasing the film fund reserve, Germany will become a far more competitive filming location. The timing is also opportune, given the upcoming 25% cash rebate programme that will soon be available in Poland.

Productions such as Steven Spielberg’s Bridge of Spies have previously doubled parts of Poland for Germany, enticed by the country’s low costs on goods and services.

The news follows yet another increase, this time for the 2017 annual budget, providing an additional EUR25 million to the reserve.

In the past, the German Government has had a fraught relationship with the country’s film industry. The DFFF’s funding was cut in both 2013 and 2015, which eventually led to an early exhaustion of the reserve in 2016.

Despite these issues, Germany has managed to attract a variety of high-profile projects in recent years. These productions include Resident Evil: The Final Chapter and A Cure for Wellness (pictured).

Feature films are required to spend a minimum of EUR1 million within Germany to access the fund, changing to EUR200,000 and EUR2 million for documentaries and animated films respectively.