Written by Tom Deehan on Mar 2, 2017. Posted in Incentive News

International productions can now receive a 20% cash rebate incentive upon filming in Kyrgyzstan. Funded by private investors, the incentive extends to a variety of production types including feature films, documentaries, television series and commercials.

To qualify for the incentive, all productions must hire a local company based in either Kyrgyzstan or Russia. This provides an opportunity for Kyrgyzstan to expand its labour force and compete with other production hubs around the world. 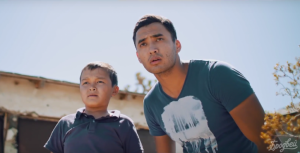 The Kyrgyz-Russian Independent Film Commission will oversee all applications for the incentive, ensuring that productions meet the outlined criteria for eligibility. Rebates will be provided between 45 and 60 days after an application has been submitted.

As one of the few incentive programmes that applies to commercials productions, the scheme should prove popular with international clients. Similar schemes that fall into this category include the Texas Moving Image Industry Incentive and Serbia’s very own 20% cash rebate.

To date, Kyrgyzstan has remained a largely untapped location within the global production market. One of the last major US productions to shoot in the country was Genghis Khan: The Story of a Lifetime, which completed filming but was never released.

Kyrgyzstan does boast a steady domestic industry however, with recent productions including Finding Mother (pictured) and Heavenly Nomadic, the former of which was shot in Bishkek.

For more information about the new incentive, cick here.