Coordinating fast cars wasn’t the only challenge for Made in Sofia’s latest commercial for Toyota Yaris, as the production service company had to use over 20 tonnes of salt to offset the immense amount of snowfall that occurred prior to the shoot.

Filmed entirely at Nu Boyana Studios in Bulgaria, the production utilised the Phantom Flex 4K camera with a Supertechno crane, with 12 cars on loan from Toyota Bulgaria. The cast (which included 60 extras), were all hired locally. 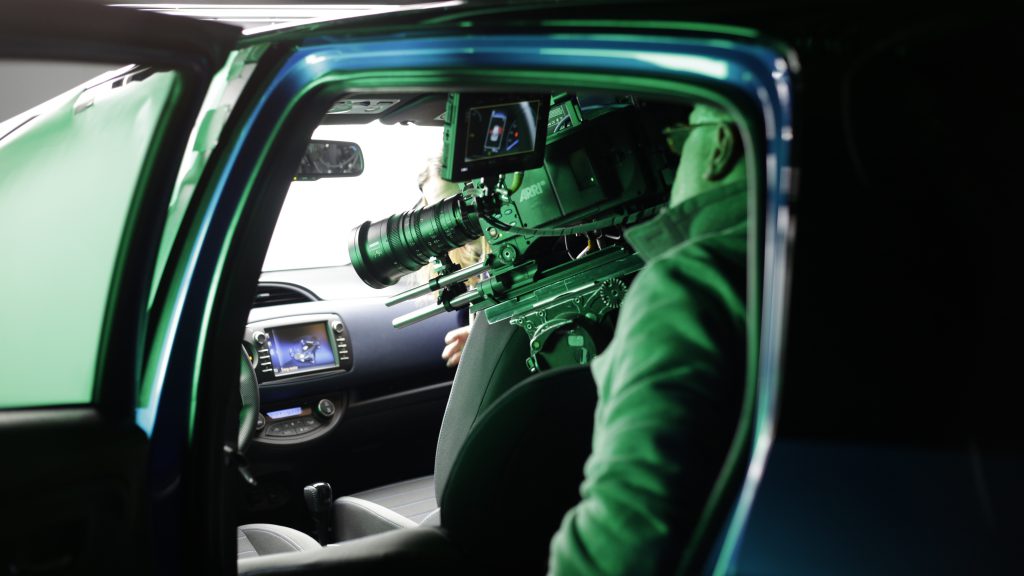 Executive Producer, Iskra Petrova states: “the shoot took place in the longest and coldest winter period in Bulgaria for the last 20 years – while there was a national and European shortage of supplies for cleaning the streets from the ice and snow – so it was a huge success to be able to provide the amount of salt that was needed (we had to send for it to be collected from all over the country).”

“When we saw the mountains of snow at the London and New York backlots at Nu Boyana several days before the shoot, we began thinking about schedule and script adjustments. The very next day, part of the backlot looked completely different as the crew began cleaning the night club exterior, so the before/after look was inspiring enough that we knew we would be able to do it all! I am really grateful to the constant support of Stella Krasteva, Monika Buyuklieva and Edward Michongwe - my little Made in Sofia family.”

Made in Sofia operates as part of the global Made in World Production Network. The company’s previous work includes spots for Durex, Tropicana and Skoda.

Iskra adds: “one of the most difficult tasks was to create a puddle of 20m by 10m and prevent it from freezing till dawn when the final shots were to be taken there. We started making tests for the puddle two days ahead of the shoot - trying environmentally friendly solutions so that no harm came to the crew, the backlot or the surrounding area.”

With a thriving domestic industry, Bulgaria is also a popular filming location amongst international productions, due in part to its low costs on goods and services. Nu Boyana has attracted a wealth of foreign projects already, including The Hitman’s Bodyguard and Criminal.

Toyota "Yaris" from Made in Sofia on Vimeo.