The Central London shoot follows weeks of filming at Pinewood Studios in Shepperton. The production facility has hosted several Disney projects in the past, including Alice Through the Looking Glass and Into the Woods. 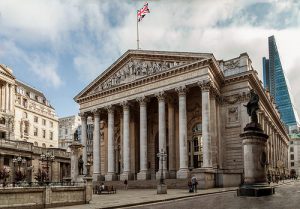 Rob Marshall (Into the Woods) is on board to direct the film, with John DeLuca and Marc Platt producing.

Disney’s recent live action films have been shot in locations across the globe. The Jungle Book was filmed in Los Angeles Centre Studios with heavy use of green-screen, while Pete’s Dragon was largely shot on location in New Zealand.

Emily Blunt will star as the iconic Nanny herself, a role that once launched the career of Dame Julie Andrews. The supporting cast will include Lin-Manuel Miranda, Colin Firth, Angela Lansbury and Meryl Streep.

Set in the 1930’s, Returns takes place 20 years after the original film. With over 54 years having elapsed since the release of Mary Poppins, this will be one of the longest waits for a sequel in film history.

By spending at least 10% of its budget locally within the UK, the production will have access to a 25% tax rebate. The incentive is available to all feature films that meet this criteria, regardless of budget.

Mary Poppins Returns is scheduled to be released December 25th, 2018.